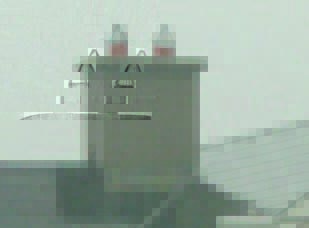 827 people in need of housing

THERE is a very large demand for social housing in Shannon, this week’s meeting of the town council heard, while some of the members said there is a need for new development in the town.

In a written reply, Liam O’Connor of the county council’s housing section stated there are 303 approved applicants for social housing support who have Shannon as their first preference. The number of applicants and dependants combined is 827.

However, he stated, “It is likely that a significant proportion of these applicants are interested in housing support via rent supplement only and do not wish to be considered for standard local authority housing.”

His report stated that 10 vacant houses were returned to use this year at a cost of €125,000. There are three vacant units in the town, one of which will be allocated this week.
He said the average waiting time between acquiring and re-letting a property is 20 weeks, something he claimed compares favourably to other areas.

Fifty-six of the 281 social housing units in Shannon were retrofitted this year as part of a project with SEAI he added, with Clare County Council investing €44,000.
Responding, Councillor McCafferty said it is “dreadful” that so many are looking for housing in Clare’s second-biggest town.

She said the minister with responsibility for housing has spoken about the prospect of new units being built and she said Shannon should be first on the list.

Councillor Gerry Flynn said current limits on money that people receiving benefits can pay for rent is driving people into the black market. He claimed the situation is easier for tenants in Limerick, which is only a quarter of an hours drive away.

Labour Councillor Tony McMahon said having 827 people in need of housing in Shannon is an “indictment of our society”. He said while there are plans to knock houses in other parts of the country, it’s time to build some new ones in Shannon.

Summing up, Councillor McCafferty said building new units would provide not only new homes but badly needed employment too.