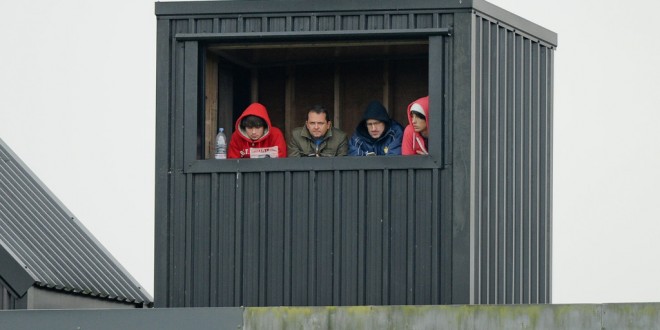 Clare senior hurling manager and Sixmilebridge man David Fitzgerald, second from left, keeping an eye on proceedings from on high during the the Munster Club Championship final against Na Piarsaigh at Cusack park. Photograph by John Kelly.

For this Sunday’s Allianz hurling league tie between leaders Clare and Galway at Cusack Park, the Clare management team has named a team that shows six changtes in personnel from the side which started against Waterford last week.

In the case of Ballyea’s Jack Browne, this will be his first taste of league action. Last year’s All-Ireland winning goalie Patrick Kelly will start his first league game this season.

Regular wing back Pat O’Connor will partner Colm Galvin at midfield for this tie.