Home » News » Shopkeepers urged not to shell out eggs to teens 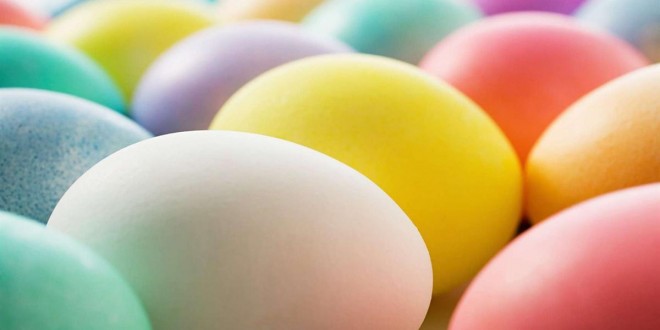 Shopkeepers urged not to shell out eggs to teens

“THEY’RE not going home to shave their legs and they’re not making omelettes”, was the message of one councillor to Ennis business people as she urged that them not to sell eggs and shaving foam to youngsters during events such as St Patrick’s Day.

Councillor Mary Howard at this week’s meeting of Ennis Town Council called on the local authority in association with other agencies such as An Garda Siochana, traders, Ennis Chamber and schools to devise a “code of conduct”.

She outlined that this should deal with identifiable perennial events, “particularly antisocial behaviour on certain days by young teenagers”, on days to include St Patrick’s Day, the last day of school and festivals.

She stated that there is a problem with antisocial behaviour among young people in the town on certain days of the year. And she said that she was told on St Patrick’s Day from 12 and 13 year olds that it was “too scary” in town after the parade.

“It’s about having cop on and using discretion. If a gang of young people come into a shop to buy shaving foam and eggs they’re not going home to shave their legs and they’re not making omelettes. This creates an awful mess. I am asking that the traders and schools come together and say that this behaviour is not going to be accepted,” she said.

She recalled a recent Joint Policing Committee in which one shop owner described how an elderly lady was knocked over by a group of young people outside his shop.

Councillor Howard added that the St Patrick’s Day parade had been a great success but that the behaviour of some young people had caused a problem and this could “be dealt with easily if a couple of shops in the area had a little bit of discretion.” The motion was seconded by Councillor Paul O’Shea.

Councillor Peter Considine stated that some of the behaviour seen in the town was “more than just high jinx, it had a nasty development,” however he added that this is a national problem that is not just occurring in Ennis. He commented that it is the gardai who have the authority to take action.

“You could ask 100 shops not to sell these, and you will get 99 who won’t and one that will. I agree with the spirit of the motion, but I wouldn’t want the message to get out that Ennis is a bad town to be around on St Patrick’s Day, and that is evident from the behaviour of the vast majority of kids who were involved in the parade and you don’t see them getting praised.”

While Councillor Frankie Neylon also said he did not want to see the “1%” of badly behaved teenagers lead to labelling of others. Councillor Michael Guilfoyle suggested that the time of the parade be changed. Councillor Johnny Flynn praised the work of the town council in “bringing the parade back” in recent years, adding that the focal point of the event should be relocated. Councillor Mary Coote Ryan described the parade as “great”, adding, “you always have a few.”

Responding to the concerns, Leonard Cleary, town clerk stated, “This issue was discussed at the recent Joint Policing Committee meeting held on March 31. Feedback was received from the business community and local residents who attended the public meeting. The Gardai, Ennis Town Council and the business community agreed to work together for events such as these.”

Also at the meeting, Councillor Johnny Flynn called for a pilot scheme to be introduced for greater usage of Anti-Social Behaviour Orders (ASBOs) for Ennis’ town centre and other business or retail centres within the town area.

The councillor stated this would “protect the good name of Ennis as an attractive and safe place to work, live and visit.” He called on the council to “urgently” recommend such a pilot scheme to the Gardai and the court services.

“A culture of loutish behaviour puts jobs at risk and destroys the quality of life of law abiding users of the town and these retail, tourist and hospitality areas,” he stated.

The councillor continued, “These ASBOs should be implemented against criminal and public order offenders, including juvenile and other age groups of offenders, convicted of such behaviour in any of these areas.”

He explained that following a half year review if the pilot is successful that the scheme be extended to other areas such as housing estates to “deal with the scourge of this behaviour by a perceived small group of untouchables.”

The councillor added that anti-social behaviour is “having a huge effect on the local economy and the enjoyment of the town by all age groups.”

Responding to the motion, town clerk Mr Cleary stated, “The issue of ASBOs was raised at the recent JPC meeting where the Ennis Garda Superintendent outlined the procedure. The Garda’s Juvenile Liaison Officer is also working in this area. The Gardai have encouraged the public to report all issues of anti-social behaviour to the garda station.” Councillor Flynn concluded it was “heartening” to hear that gardai are addressing the issue.