Home » Lifestyle » Shauna dusting herself off after vicious comments 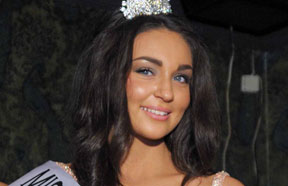 Shauna dusting herself off after vicious comments

A SHANNON model has been the victim of some vicious online commentary, but Celia Holman Lee, whose modelling agency she is associated with, says the youngster is dusting herself off and won’t let it get to her too much.

Miss Limerick World Shauna Lindsay has seen a number of severe comments that were posted about her reproduced in the media this week. Speaking about the incident, Ms Holman Lee said the teenager is getting on with things.

“Of course I didn’t see it (the online remarks), I only heard it and I’m only going by what her family have been telling me. She’s ignoring all of that but it hurt her a tremendous amount, of course it hurt her. Through no fault at all of her own, she became the victim but she’s doing fine; she’s a good girl, a strong girl and she’s doing fine. It’s practically blown over now.”

Shauna works in Debenhams in Limerick. Ms Holman Lee said this kind of incident isn’t something that happens very often in the Mid-West.
“It’s probably more in the Dublin scene where their profile is constantly in the national newspapers. We don’t have that kind of exposure or access down here…We’re sheltered a little in that sense. It can be very nasty, isn’t it out there for everyone to see?”

Ms Holman Lee said people should show some empathy with others in what they post online. “These kind of comments are unbelievable. Every second day you’re reading about a celeb or someone making a sweeping statement on Twitter. So many people have got into trouble because of it, I think people should think and think twice about what they tweet.”

Owen Ryan has been a journalist with the Clare Champion since 2007, having previously worked for a number of other regional titles in Limerick, Galway and Cork.
Previous First Clare personal insolvency court held in Ennis
Next €20,000 damage to coast guard office