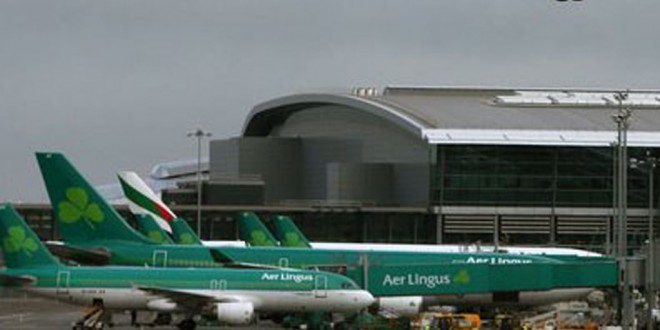 THERE had been fears that Shannon’s transatlantic connectivity was set for another pummelling, with Aer Lingus possibly transferring Shannon-USA routes to the UK, but it now seems that such concern was unwarranted.

It is understood that at a recent strategic planning meeting of Aer Lingus, the airline committed to operating a summer 2021 schedule to New York and Boston, using aircraft which will be based at Shannon. It is expected that there will be two A321neo aircraft at the Clare airport, each one of which has 184 seats.

While Aer Lingus may still opt to begin transatlantic services from the north of England, this will not be at Shannon’s expense.

Although getting back to normal transatlantic services is still way off and dependent on the Covid-19 situation stabilising, the fact that Aer Lingus is planning to continue with the services will come as a major relief to all concerned with tourism and industry in the region.

Shannon has already lost other transatlantic services since the start of the pandemic, and the routes are essential to tourism and to the many US companies with bases in Clare and the surrounding counties.

The former national airline has had scheduled transatlantic flights from Shannon since 1958.
Had the services actually been lost to the UK, it would have been very hard to win them back in the future, with serious consequences for this region.

It is understood that Shannon’s runway, which is exceptionally long at 3.2km, helps to make it more cost-competitive, because of advantages it offers in terms of carrying fuel loads.
Clare TD Joe Carey said that he is confident that the services will be maintained. “I’m confident that we’ll get the Heathrow route up and running, and we’ll have the tranatlantic routes next summer.”

He said that the Government are prepared to support Aer Lingus to cope with the fallout from Covid-19, but in return it will require that key services are maintained. “They need a cash injection to keep their operation going. I believe the Government are in intensive negotiations with Aer Lingus and they will get that cash injection on the basis that they provide strategic routes in and out of our country including at Shannon.”

Since the pandemic has begun all transatlantic traffic from Shannon has ceased, while Delta and United have announced they will not be running their services to New York and Newark respectively in 2021.

In an interview with the Clare Champion just a few weeks ago, Shannon Group CEO Mary Considine stressed that the two Aer Lingus services to America are crucial. “Aer Lingus are a really important customer to Shannon and the routes they provide are so important, not only for Shannon, but the entire western seaboard. So many businesses are reliant on those services.”

Aviation all over the world has been hit extremely hard by the pandemic and it is widely felt that it will take a number of years for it to return to something like what had been normal in recent years. During that time airports without very large centres of population such as Shannon will be particularly vulnerable.

Owen Ryan has been a journalist with the Clare Champion since 2007, having previously worked for a number of other regional titles in Limerick, Galway and Cork.
Previous Action needed on ‘outrageous flooding’ in East Clare
Next Heritage tourism boost for Kilrush with Turret Lodge reopening