Home » Sports » Shannon to the fore with footgolf craze 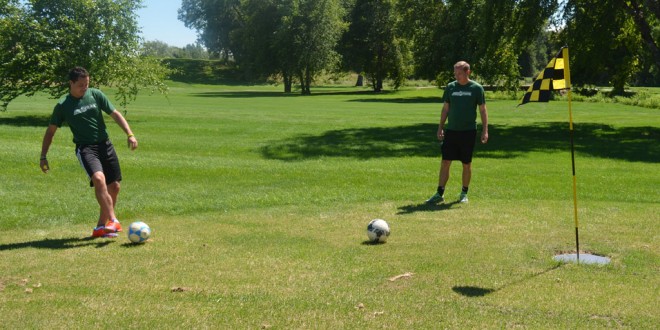 A footgolf game on the green.

Shannon to the fore with footgolf craze

PLANNING permission is being sought for a footgolf facility in Shannon.
Footgolf combines soccer with golf, with players having to kick a ball into a hole in the fewest possible amount of shots. There are several other courses in Ireland already, but none in Clare yet.
An Irish Footgolf Association was founded last year to promote the sport in this country and aims to have more than 30 affiliated footgolf courses by the end of next year.
Describing the sport on its website it says, “Footgolf is a top-class sports game that blends two of the world’s best and most popular sports – football and golf. It is a competitive, skilful and addictive sports game that mixes the passion and strength of football with the elegance and tradition of golf. Footgolf is played on a golf course by individuals or in groups but instead of swinging golf clubs and hitting golf balls, players kick a standard size football from tee to green. The game rules are identical to golf – each hole carries a par and the aim is to get the ball into a bigger (21”) hole on each green in as few shots as possible If you are looking for fun with a competitive edge, Footgolf has it all.”
It also says there are now 15 courses in Ireland, with the first having been established in Mayo, just over two years ago.
In a submission made to the planning authority, Councillor Cathal Crowe backed the proposed development. “I wish to make representations in support of the planning application being made by Mr John Callinan to develop a footgolf facility in Shannon.
“Footgolf is a new craze that is sweeping the nation but there is not yet a course in County Clare. The development of a course does not interfere in any way with the existing landscape of an area and the impact of ancilliary buildings would be minimal.
“In an age of growing obesity levels, it would be highly desirable that County Clare would have a footgolf amenity that would be accessible to people of all ages and fitness levels.”
The planning application is for land at Clonmoney West, Hurler’s Cross. What is sought is a change of use from agricultural land, along with a portacabin office and toilet, ancillary car parking and associated site works.
The area of the site is said to be 1.85 hectares. 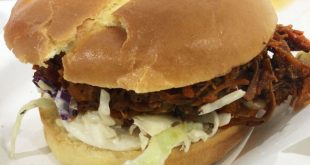