Home » Lifestyle » Shannon: The man behind the vision 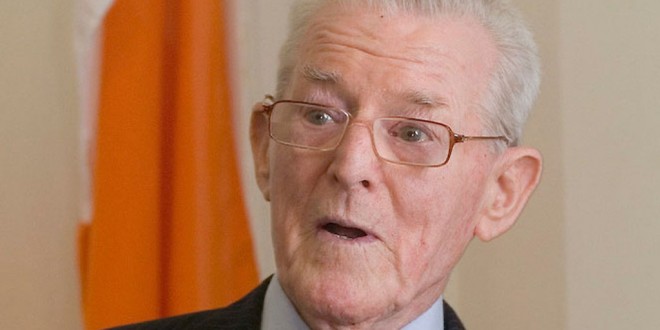 Shannon: The man behind the vision

DR Brendan O’Regan is always spoken about as the most central figure in the development of Shannon, following a glittering career.

On the day marking the 70th anniversary of the first transatlantic into Shannon Airport, it is appropriate to recall his invaluable contribution to the airport and the country at large.

Born in Sixmilebridge in 1917, his father bought the Old Ground Hotel in Ennis and urged the young Brendan to go into hotel management.

He made his name managing the Falls Hotel in Ennistymon and the St Stephen’s Green Club in Dublin, before being appointed as catering comptroller at the Foynes Flying Boat base.

Two years later, he was transferred to the still new Rineanna Airport and he would open the world’s first duty-free shop, selling Irish whiskey to arriving passengers.

Sent to a conference on the post-war Marshall Plan, he was struck by inspiration on the way home. “Because I knew that my report for the Irish Government would be very lengthy, I booked my return journey on the ship SS America.

“I discovered that I could buy duty-free goods on board the ship. I thought, ‘Wouldn’t this be an excellent idea if we could implement such a duty-free service at Shannon Airport?’ The more I thought about it on the journey, the more attractive the idea became,” he is quoted as saying in Valerie Mulcahy’s Shannon Airport: A Unique History of Survival.

Keenly aware that the standard of hotels in Ireland needed to improve if Ireland was to win its share of international tourism, in 1951 O’Regan established the Shannon College of Hotel Management, which is still operating today and the graduates of which have managed the world’s top hotels.

Three years later, he established a mail order shopping service and despite the dire state of the Irish economy at the time, Shannon was booming, with 800 people working there around the clock.

In 1957, O’Regan was appointed as chairman of Bord Fáilte Éireann, a position he held until 1973.

He identified the potential of Bunratty Castle as a tourist attraction and it opened to the public in 1960. He convinced American Al McCarthy to establish the Shannon Shamrock, while he also assisted Bernard McDonagh to build several hotels in the Clare/Limerick area.

By the ’60s, the advent of long-range jet aircraft posed a threat to Shannon and O’Regan and his management established the regional development agency, Shannon Free Airport Development Company (SFADCO), later known as Shannon Development.

Since then, this has attracted industry from around the world, particularly from America and it continues to be of massive importance to the wider economy.

The spate of development around Rineanna led to the development of Shannon Town, the first new town to be developed on the island in centuries. The outbreak of the Troubles in the late ’60s affected him and he set up Co-operation North (later Co-operation Ireland), a non-governmental organisation, seeking to encourage positive interaction within the north of Ireland and between north and south.

In 1984, he was voted ‘Clareman of the Year’ and eleven years later, he was made ‘Freeman of the City of Limerick’. Meanwhile, in 2000, Dr O’Regan was awarded the Peace Dove by Co-operation Ireland in recognition of his contribution to promoting understanding and respect between the people of Northern Ireland and the Republic of Ireland.

Dr O’Regan has also received numerous doctorates from Academic Institutions around Ireland. In 1978, he was conferred Doctor of Laws by the National University of Ireland, with a particular mention of his “originality, courage and innovation”.

In 1999, Dr O’Regan was awarded a Doctorate of Laws by the Queen’s University of Belfast for “his achievements as a peacemaker and as an industrial visionary”, while the University of Limerick recently honoured him for his work with the Irish Peace Institute and the development of the Shannon Region.

Former Taoiseach Albert Reynolds attended his funeral in Ennis in 2008 and paid tribute to his immense powers of persuasion.

“He never took no for an answer. You were as well off to do what he asked the first day! I’m not sure you’ll ever see the likes of him again.”

O’Regan had a fantastic vision for the region, he added. “He was always thinking ahead. He was an absolutely fantastic man and you’d have to be inspired by him.”