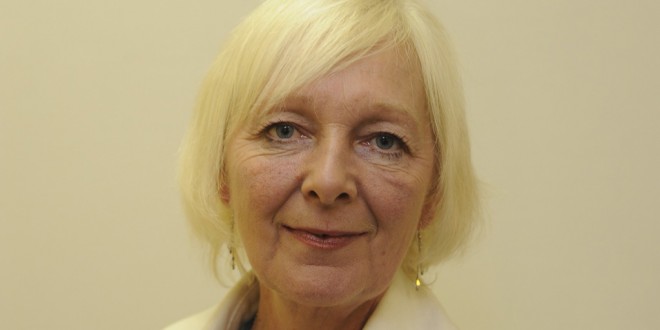 INFORMATION regarding the Shannon smell needs to be made available to the public, a number of town councillors claimed at their meeting on Tuesday night.

Councillor Cathy McCafferty put forward a motion seeking a number of documents regarding the issue, including “copies of any statements, reports and correspondence between Clare County Council, the EPA, HSE or any other agency in respect of this odour problem, its origins and effects”.

She said she wants local people to be better informed about the situation. “The reason I have raised this issue is to have this matter discussed in public so that the people in Shannon might be better informed of what has been going on.

“At our meeting on October 24, an EPA representative told how complaints started in September. He remarked that 20 complaints were received on one day alone. A joint investigation commenced and the treatment plant was identified as the most likely source of the problem. We were told that HSE staff contacted local doctors and schools and were informed that seven St Caimin’s students were sent home.

“Then we met Clare County Council officials on October 29. They gave no definitive conclusions in relation to the source of pollution. For much of the meeting, officials spoke of concerns relating to a private facility. At all times, we were told that this facility is in compliance with its licence.”

She referred to information received and said she has been carrying out some research of her own.

“During the recent bank holiday, I followed a link from Clare County Council’s website to information relating to the treatment plant. I came across this Draft Shannon Town Sewerage Scheme Preliminary Report that had been posted in October 2009.

“This report was commissioned by Clare County Council in March 2006 and clearly indicates the poor state of the treatment plant and sewage network that the council took over from Shannon Development.”

She said the report “provided Clare County Council with an early warning of what was to come. In seeking to avoid the kind of incident we had this summer, the report set out a number of recommendations that, as far as I can see, were not acted on.”

She called for speedy action on repairs to the plant. “This treatment plant needs immediate action for three reasons. The first, and most obvious, is to do with people’s health and quality of life. The second is to do with water quality in the Shannon Estuary. Thirdly, the treatment plant, in its present state, is limiting economic growth in Shannon.

“I want to make a specific proposal, and I hope my colleagues will support it, that the town manager, as a matter of urgency, requests Clare County Council to provide the matching funds of €8.7 million needed to upgrade the treatment plant. I also propose that a progress report should be placed on Shannon Town Council’s monthly agenda.”

A written report from the council stated that improvement works are not possible because of a lack of funding at the moment. However, a preferred option for an emergency works contract was identified and work should begin by the end of the year or in early 2014.

Councillor Gerry Flynn claimed Shannon Development had “sold a pup” to Clare County Council at the time it handed over responsibility for the town.

He said at mass this year it had been revealed that 72 people had died in Shannon in one year and claimed there are “huge respiratory problems” in the town.

Councillor Sean McLoughlin said if the issue isn’t dealt with before Irish Water takes over, there will be no opportunity for public representatives to have access to the new body.

Labour’s Tony McMahon said it’s not possible to put a price on the health of one person, let alone that of a whole community.

Independent Councillor Patricia McCarthy said the problem is two-fold, one part related to the material going into the system and the second to do with the ability of the system to cope with what enters it.

She said there needs to be improved communication between different agencies and added that even if the whole system is upgraded, “if people aren’t talking to each other about what’s going in, you can forget about it”.

Town manager Bernadette Kinsella said the overall cost for works required would be €22m and that the council would be required to spend €9m.

She said its only source of funding would be development levies, which have dried up, and borrowing. She agreed that works are desirable and needed.

SCHOOL may be out for the foreseeable future, but, thanks to the efforts of a …