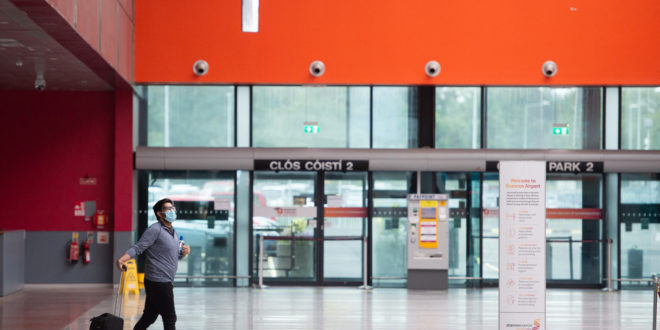 IT is understood that some negotiations between unions and Shannon Group management have taken place this week, as a range of cutbacks have been sought due to the fall out from Covid-19.

On Wednesday a representative of one of the unions said that there had been some discussion with management earlier in the week, with a communication issued to their members subsequently.

A very wide range of cuts were outlined in a letter sent by Shannon Group chief executive Mary Considine to employees last week.

These included the introduction of a voluntary severance scheme, pay cuts of up to 20%, short time working, temporary lay offs and a review of management structures and of the Group’s internal operational structures.

Unions at the airport quickly criticised a lack of consultation with them, while they claimed the terms of redundancy being offered were unacceptable and poorer than those being offered to workers at both Dublin and Cork airports.

At Monday’s meeting of Clare County Council the struggles of Shannon were discussed, with Councillor PJ Ryan saying that the late Brendan O’Regan and Sean Lemass would be stunned if they could see how Shannon has been treated in recent times. He said that he is “blue in the face” pointing out that a huge amount of people take buses from Limerick, Ennis and Galway for Dublin Airport every day, despite Shannon being much more convenient for them.

Councillor Pat McMahon said that it is an exceptionally hard time for Shannon. “I never heard so many positive people being so negative. They can’t see light at the end of the tunnel, all they see is another tunnel.”

He said he hoped that Shannon Airport would not end up as a summertime airport.

Councillor Gerry Flynn said that Dublin’s catchment area is 1.75 million, compared to Shannon’s being 400,000, while he said management shouldn’t be blamed. “They got a poisoned chalice,” he claimed.

Owen Ryan has been a journalist with the Clare Champion since 2007, having previously worked for a number of other regional titles in Limerick, Galway and Cork.
Previous Government funding sought to rescue iconic tourist attractions
Next €36,000 drugs seizure in Clonlara