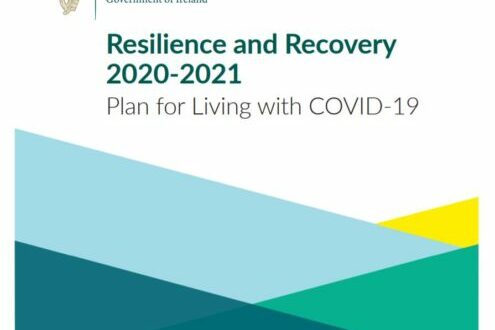 A SHANNON GP has hit out the handling of circumstances around the health minister’s Covid-19 test last Tuesday the day it unveiled the new roadmap for living with the virus.

Dr Yvonne Williams said that misunderstanding over who should isolate while a contact of theirs is awaiting a test result, smacked of “chaos and confusion”.

“The advice is that while someone is awaiting results of a test, their household should restrict their movements,” she explained. “If someone has a positive test, then their contacts are advised to isolate.”

On Tuesday, shortly after addressing a press conference on the Living with Covid-19 plan, Minister Stephen Donnelly felt unwell and contacted his GP to arrange a coronavirus test.

Following that news, the cabinet, as well as Acting Chief Medical Officer Dr Ronan Glynn, were told to restrict their movements as a precaution.

The Dáil was then adjourned, at first for a period of one week, before being reconvened later on Tuesday evening. When the minister’s test came back negative after 9pm, the restrictions were lifted.

Commenting on the situation, Dr Williams said, “I think it was unfortunate there was so much confusion about who had to isolate and the Dáil sitting being cancelled and reconvened. That’s the sort of confusion we are seeing from some employers and employees. People are not clear as to when they need to go home. To see our leaders going through the same process doesn’t set a great example. I think it was unfortunate because the guidance is that unless someone is a confirmed case, their contacts are not meant to go home and isolate.”

In relation to the turnaround time for tests, Dr Williams said the situation had improved somewhat, but was nowhere near the time-frame that Minister Donnelly’s test had been processed in. “I think that people understand that given the crisis we’re in, with Brexit and Covid that a cabinet minister would get priority,” she said. “It would be great to get clarity on whether that applies across the Dáil and Seanad and to every TD, or was it just in those particular circumstances.”

Dr Williams was also critical of the situation whereby GPs and practice nurses are not able to access the same fast-track testing system available to those working in hospital settings.

Fiona McGarry joined The Clare Champion as a reporter after a four-year stint as producer of Morning Focus on Clare FM. Prior to that she worked for various radio, print and online titles, including Newstalk, Maximum Media and The Tuam Herald. Fiona’s media career began in her native Mayo when she joined Midwest Radio. She is the maker of a number of radio documentaries, funded by the Broadcasting Authority of Ireland (BAI). She has also availed of the Simon Cumbers Media Fund to report on development issues supported by Irish Aid in Haiti. She won a Justice Media Award for a short radio series on the work of Bedford Row Project, which supports prisoners and families in the Mid-West. Fiona also teaches on the Journalism programmes at NUI Galway. If you have a story and would like to get in touch with Fiona you can email her at fmcgarry@clarechampion.ie or telephone 065 6864146.
Previous Doggy Brunch for Animal Welfare Charity
Next Ireland is at the heart of Europe’s political agenda