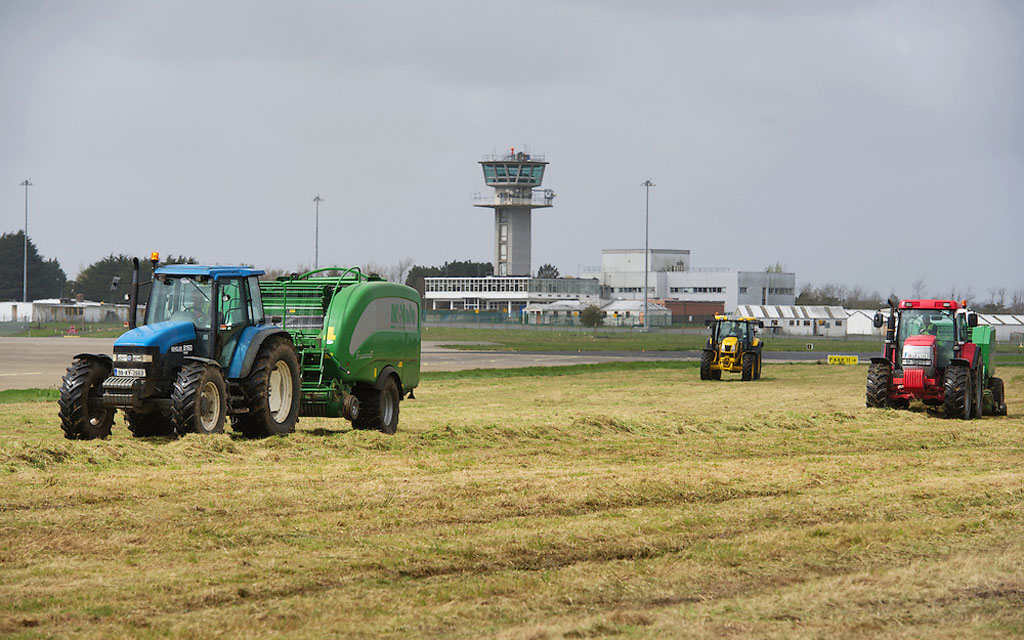 Silage being cut at Shannon Airport during the last fodder crisis.

Shannon Airport has pledged its support to farmers battling the current fodder crisis by offering to repeat its intervention of 2013 when it harvested silage from its 400 acre site.

The Airport’s operations team will meet with farm representatives over the coming days to explore the need to fast-track cutting of grass on the airport grounds in light of the severe difficulties faced by many farmers due to the prolonged inclement winter and spring weather.

The airport’s grass husbandry programme is not due to see any grass inside the airport perimeter cut until later in the summer, but in light of the shortages, the airport is offering to bring it forward to support local farmers. Five years ago, in late April, farmers received 1,600 bales of silage from the airport in what was then the most severe fodder crisis in living memory.

Airport operations director Niall Maloney said,“Farmers were in difficulty back then and, having seen just how important our intervention was, we have been watching the situation closely over the past few weeks and will be making the same offer to farmers’ representatives again when we meet them.

“We are a community airport and were delighted then to do what we could and the farmers were hugely appreciative. It was a critical intervention for many local farmers and so well received that other airports followed our lead and we hope they will do so again this time also,” he said.

Shannon Airport has pledged its support to farmers battling the current fodder crisis by offering to repeat its intervention of 2013 when it harvested silage from its 400 acre site.