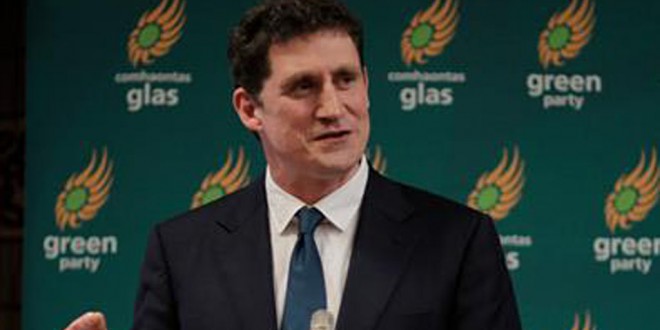 Shannon Airport not going back to DAA-Transport Minister

SHANNON Airport will not be going back under the Dublin Airport Authority, Transport Minister Eamon Ryan has confirmed.

While Shannon Airport struggled when part of the DAA, it has also failed to reach targets set for it at the time it separated at the end of 2012. While 2020 had been set to be Shannon’s best year since separation, the onset of the pandemic has seen calls from Sinn Féin and some trade union elements for the airport to go back under the DAA.

However in the Dáíl, in response to a statement from Limerick TD Maurice Quinlivan, who argued that Shannon needs to go back under the DAA, the Minister said, “I believe Deputy Quinlivan said that Shannon Airport should be regrouped under the DAA. I will be honest. I met the unions based in the airport. I felt that change would take two or three years and would not solve the underlying strategic issues. We have to make strategic decisions on Shannon. I am not sure that reconnecting it to the DAA would immediately assist in that. We have to make sure that whatever supports or other measures we put in place Cork and Shannon airports survive and return to growth, and there cannot be a huge loss to the region from that.”

The Minister accepted that Shannon and also Cork Airport have particular challenges, and need to have their services maintained. “Those two airports have acute problems. The dramatic fall in air passenger transport does not just affect these airports or this country. It has been a global phenomenon. In my mind, there is a critical and strategic imperative in retaining international air connectivity through Shannon and Cork. In this crisis or any future scenario, we cannot allow a significant diminution in the regional and important international role of those two airports to happen.”

Earlier in the debate, Deputy Quinlivan had claimed the policy of separating Shannon from the DAA had failed, while he called for some movement on implementing recommendations issued by the Government appointed aviation task force. “In 2012, my party flagged the difficulties with separating Shannon Airport from the Dublin Airport Authority, DAA. Regrettably, our warnings were not heeded and our concerns have been borne out as legitimate. It is high time the Government recognised the folly of this move and took remedial action to bring control of Shannon Airport back under the canopy of the DAA.”

The Limerick TD added, “I am hopeful the Minister will today provide a definite date for the completion and publication of the review of Shannon Group PLC. The report of the task force for aviation recovery was issued almost three months ago, yet we have seen no proposals from the Government. In this State,140,000 jobs are supported by the aviation sector. These people need clarity on their position. The Government must expedite the publication of this new aviation policy and the Shannon review report.”

Owen Ryan has been a journalist with the Clare Champion since 2007, having previously worked for a number of other regional titles in Limerick, Galway and Cork.
Previous Forestry owners want to cut tree felling licence delays
Next “He threw a firework my way”-intimidation in Shannon Town Park