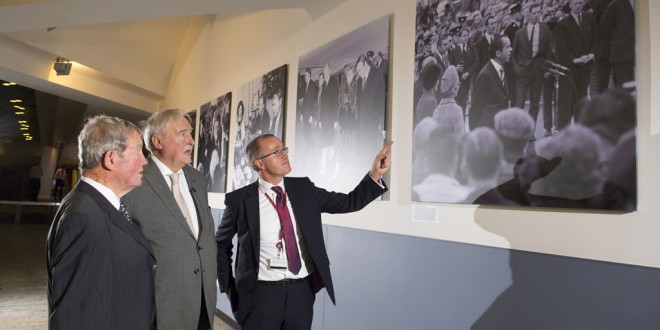 A PHOTOGRAPHIC exhibition capturing some of the golden moments and world famous faces that visited Shannon Airport has just opened.

Closing the curtain on a year of celebrations to mark the 70th anniversary of the first commercial transatlantic flight into Shannon, or any land-based Irish airport, some 64 images, dating from the 1950s up to now, have been placed in a permanent exhibition on the walls of the airport’s transit lounge.

The exhibition, which was officially launched by Shannon Group chairman Rose Hynes, reflects the international standing of Shannon as a global aviation crossroads as it includes some of the world’s best known personalities of politics, stage, screen and sport.

Shannon Group CEO, Neil Pakey said, “This exhibition just shows how much of a crossroads Shannon was and still is. It’s part of the fabric of the region and of the nation and has been, and continues to be, the start and finish of so many great visits and so many great events.”