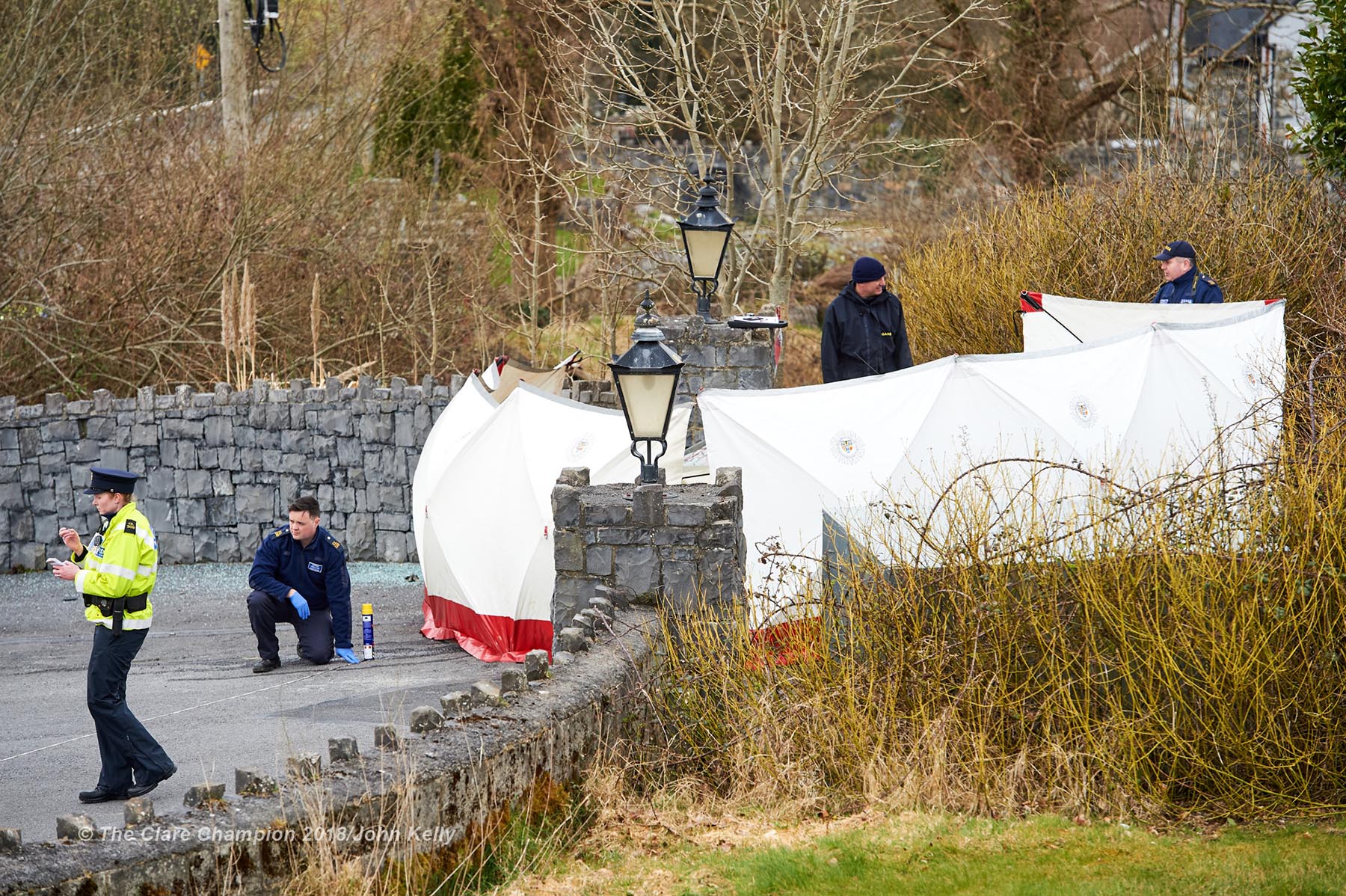 Gardaí at the scene of thr crash at the entrance to Woodstock View on Shanaway Road in Ennis on Easter Sunday. Photograph by John Kelly.

Gardaí investigating a single car crash which occurred in Ennis on Easter Sunday have confirmed that there has been a second fatality.

Teenager Oisín Cahill was pronounced dead at approximately 4.20am when the car he was travelling in struck the wall of the Woodstock View housing estate on the outskirts of Ennis.

Gardaí have confirmed today [Tuesday] that his cousin, Darragh Killeen lost his fight for life at University Hospital Limerick at approximately 3pm.

Their friend Enda Hickey remains in hospital in critical condition. All three were from the Clonfeigh area in Inch.

The parish of Kilmaley was left trying to come to terms with the tragic accident.

On Tuesday morning a special mass was offered in a packed Connolly Church for Oisín.

Fr Pat Larkin PP asked all present to support and pray for all the families involved.

“I’m asking all in the parish and beyond to stand shoulder to shoulder over the coming days and weeks,” he said.

Gardaí are appealing to any persons or motorists who may have witnessed the collision to contact them at Ennis Garda Station on 065 – 6848100, the Garda Confidential Line 1800 666 111 or any Garda Station.

Gardaí investigating a single car crash which occurred in Ennis on Easter Sunday have confirmed that there has been a second fatality.
Previous Clare residential property prices on the rise
Next Clare man new INTO president