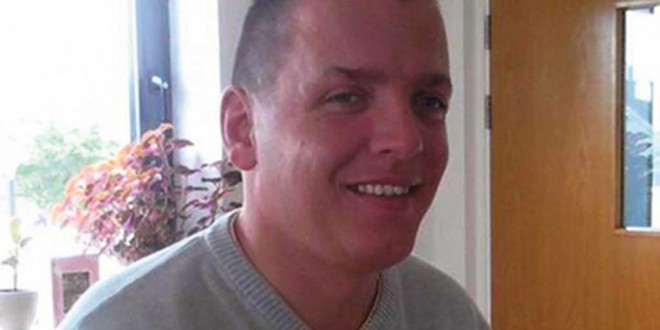 Friends appeal for help in search for Eoin

Friends and family of missing Ennis man, Eoin Madigan are appealing to people to take part in searches in Galway this weekend.

Eoin is from St Michael’s Villas in the town but has been living in Galway for the last number of years. He was last seen leaving Kelly’s pub in the city on January 5.

Martina Giblin, a friend and former housemate of Eoin, is appealing to people in Ennis and across the county to travel to Galway to take part in searches there this weekend.

“Eoin has a heart of gold. I would appeal to people in Clare to come out and help find him,” she told The Clare Champion.

“Anyone who knows him knows he would be the first person out if it was someone he knew. He would be that type of person. Galway is only an hour up the road and we have set up a Facebook page called Search for Eoin Madigan and it has details on the searches and it is there to help organise, if people need lifts and so on,” she said.

Seventeen days have passed since Eoin was last seen. His family and friends have taken part in searches, alongside gardaí and Civil Defence.

Eoin left Kelly’s pub on Mainguard Street at 10.10pm on Monday, January 5 and the search is focussing on the city centre and coastline areas.

Martina was among the last to see Eoin that night.

“I have known Eoin for five years. I first met him when we moved in together in a house on the Green. I was new to Galway and he took me under his wing. He would be well known around the town. He would have his routine. He was a joy to live with.

“Even though we no longer live together, we would still meet up about once a week. He was with me until about 9.30pm on the night of the 5th but then went to meet another friend. He was staying in the Claddagh so he didn’t have far to go,” she said.

Eoin’s routine made him a regular fixture in his adopted home of Galway.

“He loved doing his Lotto every day. He loved getting his tan done and his hair cut. He was working in the Westwood (Hotel). Work was his pride and joy. He went from full-time to part-time for January because it was quiet. He was a waiter in the restaurant. He would go out of his way for customers. If we were ever in town and met a customer, he would go out of his way to give them a genuine Galway experience and bring them to the local spots,” Martina explained.

Planned searches are carried out daily and family and friends are asking the Clare community for their support. Large-scale searches are planned for this Saturday and Sunday and extra volunteers are needed to cover the area.

People are being asked to assemble in the car park at Oranmore Garda Station at 9.30am on both days. Anyone willing and available to take part or who requires or could provide transport is asked to text 087 1099441.
“I just want to emphasise for people to come out and help and to tell people how good a person he was really,” Martina concluded.

Those taking part in the search are advised to dress for the weather and terrain, wear strong walking boots, warm clothes and rain gear.

Missing teenager believed to be armed