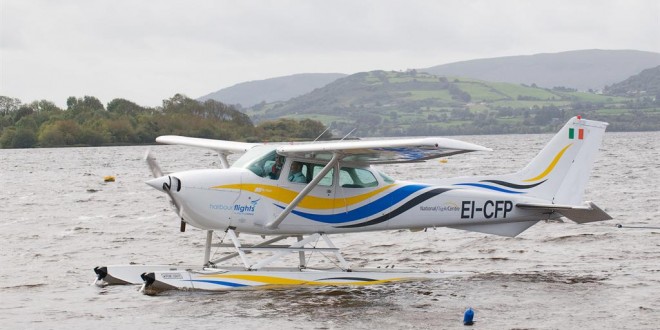 THE chief executive officer of Harbour Flights Ireland Ltd, which runs a seaplane operation in Mountshannon, may be forced to ground future flights because of the commercial unviability of the base.

According to CEO Emelyn Heaps, the decision as to whether Harbour Flights Ireland Ltd pulls out of Mountshannon is to be made at an extraordinary board meeting.

Mr Heaps said ultimately the board will make a commercial decision as to the viability of maintaining the base there and he said there is a real possibility that the operation will be pulled from Mountshannon. However he stressed that if the operation base was to relocate outside of the county he would resign as CEO.

“I, as the CEO, will be governed by the decision of the board and the shareholders on the continuing viability of the seaplane operation in Mountshannon. Personally I would love to see the operation stay in Mountshannon but finances and ongoing costs will dictate the outcome of this,” he said.

The CEO and director of the company said that it was his decision to have the seaplane operations base in Mountshannon and that his decision could ultimately lead to him losing his job.

“You could be talking to a new CEO next week because of the decisions I made to site this in Mountshannon and I’m not being funny. Anything can happen now. The board of directors could fire me and I am looking at being fired,” he said.

He explained, “Proposals have been presented by other locations on Lough Derg, who are prepared to host the operation at a fraction of the current costs,” but stressed that if the decision was made to relocate out of Clare, he will step down.

“I will resign from my position if it comes out of Clare – if I’m not fired, which is possible,” he said.

He said a move elsewhere on Lough Derg would necessitate a further application for planning permission but that this would not be an obstacle to their operations as he said the operation could go elsewhere while they waited for planning to come through.

He outlined his reasons for choosing Mountshannon as a base for the seaplane operation had to do with another East Clare business of which he is the CEO, Clare Resorts, which provides timeshare accommodation in Bodyke, adjacent to the golf club.

“I was told in 2001 that the locations and the area and the Clare Resorts development would never succeed but because of the staff, and particularly Ger Teefy, we have proven that the timeshare model is working. We are operating on 82% occupancy and bring in probably about €7.5milion to the area.

“With a seaplane operation I thought we could replicate this. In hindsight with what we went through – two years of murder with the planning application, which I was totally disillusioned with, but again it was my decision, I thought we would get a hell of a lot more support than what we actually achieved. The bottom line is that Harbour Flights Ireland Ltd is a limited company run by directors and shareholders and they will make the ultimate decision where it goes,” he stressed.

The seaplane flights are operated by the National Flights Centre and Mr Heaps said the company is “now poised to expand our operation as per our three year plan across Ireland”.

“The Irish Aviation Authority is fully supportive of the expansion programme for Harbour Flights and, in particular, in the bases that we will be putting in for their full approval. Therefore the meetings with the IAA were very productive. We have carried out numerous trial flights in the last couple of months notably in Galway and in Bantry and we have been requested by a number of other locations to do similar tests flights into their locations.

“The business communities of these various locations are more than happy to facilitate a seaplane operation at their location and to cover all associated costs,” he said.

Previous All Ireland winner
Next Magpies and St.Josephs celebrate