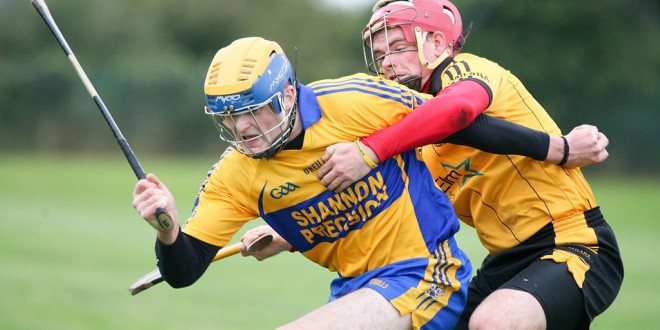 To secure victory over Waterford in the National Hurling League at Cusack Park on Sunday, Clare must hit the ground running, according to defender Seadna Morey.

“We know each other well. We have played at underage, as well as at senior in recent years. We all know the way Waterford play and we must focus on that this week,” he said.

The Sixmilebridge man went on, “It’s nice to be injury free and getting a chance. There is a great buzz with the team and it’s a great scene.”

Acknowledging that it’s a huge game, he said, “Look at the league. We are second at the moment but we can still get stuck in relegation. That shows the competition. Going into the last game, it’s important to get that final win. The competition is very keen, as evidenced by the fact that a team can perform one week and then get turned over the next.

“In the Kilkenny game, the first 10 minutes set the platform, while in the Tipperary game we didn’t start too well.”

In relation to the importance of home venue he said, “Home advantage is massive. In the home games to date, the crowd got behind us. When a team goes into the last 10 minutes with the crowd with you, it drives on the players a lot.”

Morey believes that each of the players in a panel should get to play in the league.

“The management has been excellent in giving all a chance to impress. You need to be trying different styles, different players and plays and it’s great that all are using the league to find the best structure. The league is a benchmark to get ready for the championship, to find the style that will suit us. It’s a great learning curve and we go out each week to win.

“A win will give another opportunity and winning breeds winning and confidence. We are looking to progress as far as we can and these matches are brilliant to bring on players. One always wants to retain a title and it’s a great sign if you can do that.”

He said Sunday’s meeting will be one of the biggest games they have.

“It’s a massive fixture and there will be a championship edge to the game. Our two league games last year were played at championship pace. This will be an all-out battle and hopefully we can come out on top at the end of the day.”

To secure victory over Waterford in the National Hurling League at Cusack Park on Sunday, Clare must hit the ground running,