Home » Sports » Scariff-Ogonnelloe Ready For Opportunity Of A Lifetime 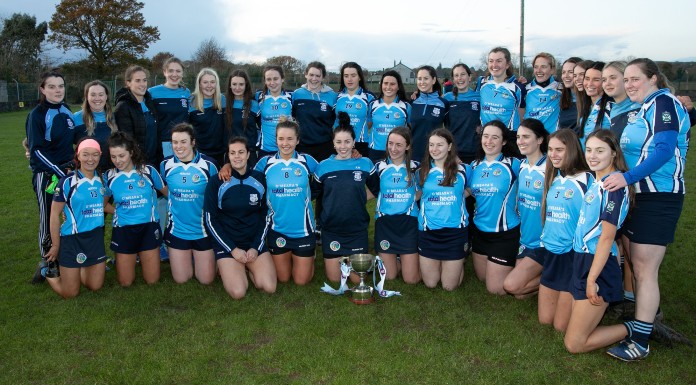 Scariff-Ogonnelloe Ready For Opportunity Of A Lifetime

IT IS the biggest game of their lives for most of Jim Minogue’s squad but the Scariff-Ogonnelloe manager is confident his side are ready to surprise a few people.

The East Clare amalgamation take on reigning All-Ireland champions Slaughtneil in Ashbourne, Meath this Sunday for a place in the All-Ireland senior club final and while they will be outsider Minogue says you wouldn’t know it from his side.

“The mood in the camp is very good and training has been going really well. We’re progressing very nicely and we’re going to be good to go. Some had the U-21s after the Munster final and then they took a break for college exams, but we went back at it St Stephen’s day, so we have had a good run at it.

“It is a great challenge for us and Slaughtneil are an unbelievable team. What they have achieved is unreal, but we are going into the game well prepared and ready to give it everything and hopefully that will be enough to get us over the line.

“All we can look at is our performance and concentrate on our own game. Of course, Slaughtneil are very good but we will be ready for them. If we bring our usual intensity and work rate, then we will go close. We do have a very young squad but there is huge belief all the way through that squad and if we keep that going then there is great hope there,” Minogue said.

Scariff-Ogonnelloe have had to weather many storms throughout their campaign en route to the All-Ireland semi-final and Minogue says the fact that his side have come through all these challenges will stand to them in the face of their biggest one yet.

“The girls are very battle-hardened, and I think that will be a key factor. Even getting out of Clare was tough going and then it was even more intense in the Munster campaign. Every game they’ve have played has been tough and hardened them mentally. The Munster final was definitely our toughest game and it was a real dogfight. It was determination and commitment from the girls that got us over the line and Drom & Inch are a great team, but our work rate was just unbelievable.

“The girls have shown great composure all year. These are all big games they’re playing in and it just doesn’t seem to faze them. I think the key is the high intensity of training. As come game time, they are well used to it and then they go again. There are pressure moments in every game but if we see them through, as we been doing all along, I don’t think there’s much to worry about on that front,” Minogue insisted.

Minogue believes the fact his side are perceived underdogs suits his squad as all the pressure is on the Derry side who are chasing their fourth straight All-Ireland club title. Scariff-Ogonnelloe have been on a great run this season and Jim believes the confidence his side have gained from going on such a run has put them in the perfect frame of mind for the crunch clash on Sunday afternoon.

“At the start of the year we wanted to get to the final, and since we did that, we have just taken it one game at a time. Winning that county final was absolutely huge for us. We had no fear about Munster after that, and it is the same with regard to the All-Ireland semi-final since winning Munster. We have nothing to lose. We will be going into this game as underdogs and that might be a nice way to go into this game.

“Different girls have stepped up to the mark all the time and everyone does their part when it comes to it. It’s not just the starting 15, either. We have some very good players coming in off the bench and they make a hell of a difference. We always have a fine spread of scores throughout the team too and I think that is a great asset to have. It means there isn’t too much pressure or onus on any one player to do too much. Everyone on this squad has done their part and it is great to see” Minogue finished.

Previous Collins: We Believe Sincerely In Playing Decent Football And We Believe In Working Hard
Next Lohan Eager To Hit The Ground Running In National Hurling League Campaign