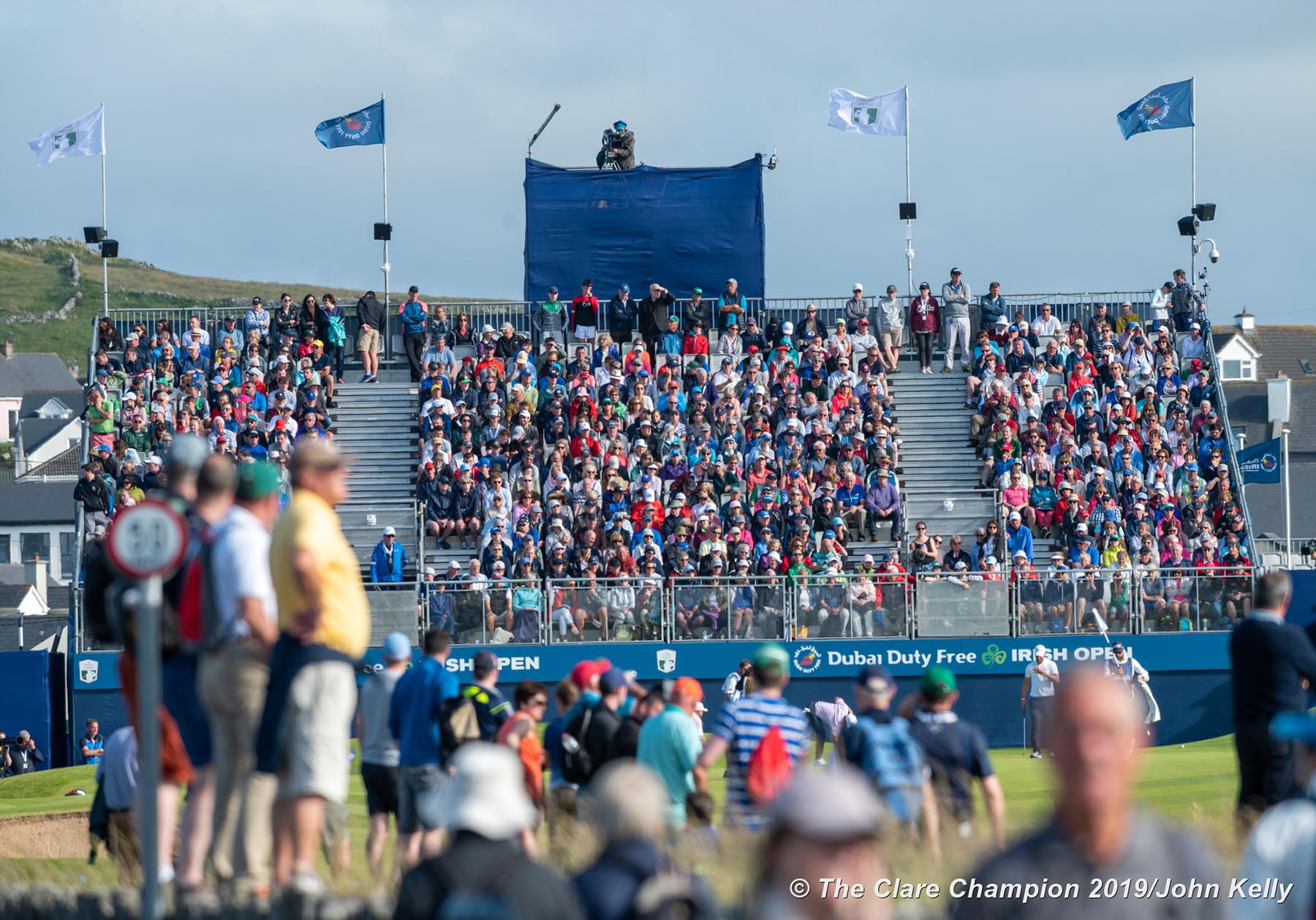 The crowd gathered at the 18th during the Dubai Duty Free Irish Open at Lahinch. Photograph by John Kelly.

The tournament, hosted by Paul McGinley, has been a roaring success at the County Clare venue, and reached full capacity on Saturday as the fans streamed through the gates in time to see Robert Rock take the clubhouse lead while threatening to card just the second 59 in European Tour history, eventually posting a ten under par 60.

Limited tickets are still available for Sunday and fans are advised to purchase online in advance here to avoid missing out.

“The 2019 Dubai Duty Free Irish Open has surpassed all of my expectations, and anyone who has spoken to me throughout this process will know I had set my expectations very high,” said McGinley. “We have created a festival of golf of which I have rarely seen in my decades of attending and playing in this event.

“I would like to thank all of the fans who have contributed to such an unforgettable occasion thus far and I am sure the remainder of the weekend will produce the kind of drama and noise for which this tournament has become renowned.”

A total of 11,083 fans turned out on Pro-Am day to watch pop star Niall Horan, Irish rugby legend Paul O’Connell and former Champion jockey AP McCoy among many other celebrities take on the famous Old Course at Lahinch.

The huge crowds continued to file through the gates on Thursday as 16,228 spectators descended on the sun-drenched links, while Friday’s second round saw crowds of 18,841. On Saturday, the venue reached full capacity and the Box Office closed midway through the day with 20,097 having come through the gates.

A festival of golf and entertainment has given the spectators plenty to smile about, with the Lahinch Live stage headlined on Friday by traditional Irish music legend Sharon Shannon, Chasing Abbey playing on Saturday and Hermitage Green headlining Sunday.