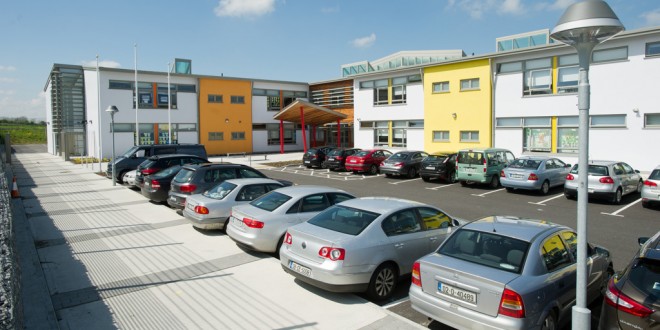 THE new Ennis National School will be officially opened next month by Minister for Education Ruairi Quinn. As well as the minister, the official opening on May 16 will also be attended by Bishop Kieran O’Reilly. A series of activities and events have been organised for the day to mark the occasion. Among these will be the publication of a new book exploring the history of Ennis National School.
The new state of the art school at Ashline opened its doors to its first pupils back in August.
Among the many benefits of the school’s new location is the greater ease of access and increased parking. There was a concerted effort between Ennis Town Council, Clare County Council, An Garda Síochána and the school authorities prior to the school’s opening relating to the Travel Plan. And it is hoped that sustainable travel methods – walking, cycling, ‘walking bus’, car-pooling – will be used by increased numbers of students in keeping with the Department of Transport’s “Smarter Travel” initiative.
The design of the new school is of a St Bridget’s Cross, a central area with four separate wings of classrooms emanating from the core. There is wifi throughout and the original hall size has been extended to full-size indoor games facilities.