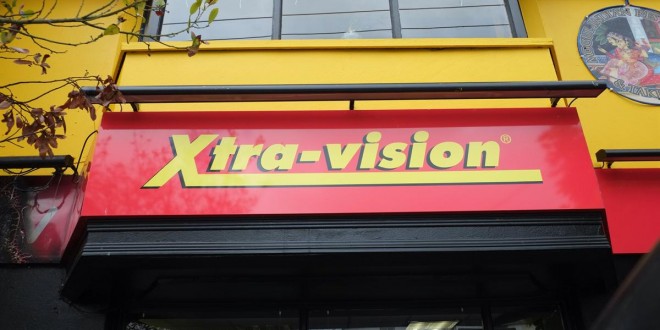 Robbery at Xtra Vision in Ennis

Gardaí in Ennis are still carrying out enquiries following the robbery of  the Xtra Vision store in the Market  early Monday morning, which was held up by a man brandishing what is believed to be a hammer.

The incident occurred at approximately 7.30am, when the store was being opened by a member of staff.

It is understood that the male employee was approached by a lone male, who was brandishing a weapon, after the alarm of the shop was de-activated. This person then made demands for cash from the employee. The suspect is understood to have had a hoodie covering his head, shielding his identity.

The employee was not injured in the incident, which lasted a matter of minutes and the culprit fled the scene having stolen a quantity of cash. It is not yet clear in what direction he travelled.

Gardai are currently gathering and viewing CCTV from the property and other businesses in the town. A description of the person who carried out the robbery has not yet been released, but is expected to be released following the analysis of the CCTV footage.Gardai are liaising with businesses in Ennis town and urge them to remain vigilant particularly when opening or closing their premises.Although this is the fourth robbery from businesses in Ennis town in a matter of weeks, gardai say there appears to be no link between this crime and those which occurred at O’Connor’s shop, Moloney’s shop and Cassidy’s Pharmacy in the town.

Anyone with information is asked to make contact with Ennis garda station on 065-6848100.

Carol Byrne is a reporter at The Clare Champion newspaper reporting on news in the East Clare area and the arts. She also covers the courts in County Clare and has received seven national awards for this coverage from the Law Society of Ireland and a National Lottery Local Ireland national media award for Best Community Story 2019. A Masters in Journalism graduate of NUI Galway, she also holds a Bachelor of Arts from the University of Limerick in Music and Media Studies, and a Higher Diploma in Irish Legal Studies. She began her career interning at The Limerick Leader and Clare FM, before taking up a full time post at The Clare Champion in 2006.
@@Carlsburn
Previous Dooley criticises changes to LEADER
Next New extension at St Aidan’s