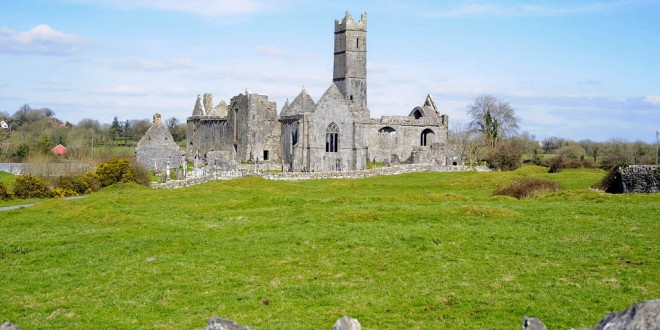 A ROAD safety assessment for the village of Quin is being sought, after numerous concerns were flagged by local councillors.

The matter was raised at the most recent meeting of the Killaloe Municipal District Committee by Councillor Alan O’Callaghan, who tabled a motion calling for the assessment to be carried out. The Fianna Fáil member noted that Quin has been brought back under the remit of the Killaloe Municipal District since the boundary changes came into effect this year. “When Quin was in the Ennis District, there was a draft plan for traffic and I would like to see if that can now be progressed under our remit,” he told the meeting.

The Kilmurry native acknowledged the work done already in the village in terms of pedestrian access and safety. “Lots of good work has been done around the area of Quin Abbey and the bridge,” he said. “There are a number of outstanding matters and there is a very bad bend on the way into Quin from Ennis. I would have concerns because there have been a lot of near misses around there. We need a plan for road and traffic safety and I’m looking forward to seeing progress with that.”

Councillor Joe Cooney seconded the motion calling for safety planning. “I agree that a lot of work has been done in Quin, but we need more, especially at the junction near the school. Paths from the Abbey to the national school need to be upgraded. There is also an issue with parking and it’s very important that that would be addressed.”

Quin was described as “a busy thriving village” by Councillor Pat Burke. “It’s almost a town at this stage,” he said. “We do need to be addressing the traffic issues.”

Cathaoirleach of the Killaloe Municipal District, Councillor Pat Hayes suggested a fact-finding visit to the village. “We may consider visiting as a group to see what exactly is planned,” he said.

A written response to Councillor O’Callaghan’s motion came from Declan Flanagan, Executive Engineer. “Following the recent boundary changes, Quin village falls under the remit of the Killaloe Municipal District, since March 2020,” Mr Flanagan’s reply said. “Over the past number of years, a pedestrian footpath and priority system was put successfully in place at the bridge and a pedestrian crossing has been completed in the village.

“A draft plan for traffic calming had been created by the Ennis Municipal District in 2018, but funding was not realised for the project at the time. We will further develop this plan for proposed road safety works and will endeavour to secure suitable funding streams to deliver.”

Councillor O’Callaghan thanked the executive for the response.

Fiona McGarry joined The Clare Champion as a reporter after a four-year stint as producer of Morning Focus on Clare FM. Prior to that she worked for various radio, print and online titles, including Newstalk, Maximum Media and The Tuam Herald. Fiona’s media career began in her native Mayo when she joined Midwest Radio. She is the maker of a number of radio documentaries, funded by the Broadcasting Authority of Ireland (BAI). She has also availed of the Simon Cumbers Media Fund to report on development issues supported by Irish Aid in Haiti. She won a Justice Media Award for a short radio series on the work of Bedford Row Project, which supports prisoners and families in the Mid-West. Fiona also teaches on the Journalism programmes at NUI Galway. If you have a story and would like to get in touch with Fiona you can email her at fmcgarry@clarechampion.ie or telephone 065 6864146.
Previous Concern over ‘stigma’ discouraging Covid checks
Next Wearing face coverings “the new normal” for shoppers 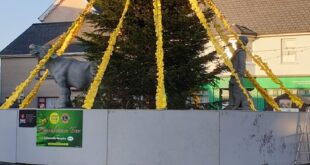