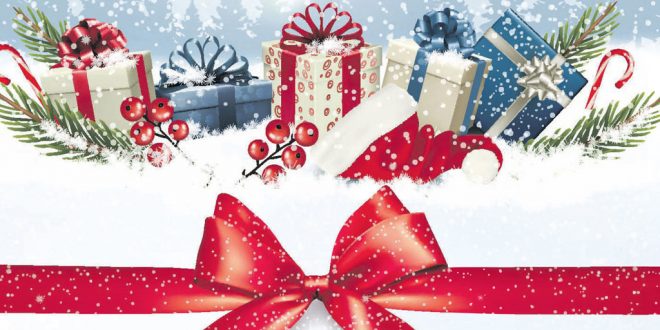 WITH the economy apparently thriving, Christmas was quite positive for local retailers. On Wednesday morning as they reopened their doors, several traders told The Clare Champion things had gone well.

Although Christmas Eve hadn’t been particularly hectic, busy earlier trading had more than made up for that, said Patrick Bourke. “We had two record days, the Friday and Saturday, December 22 and 23. The busiest days in a long, long time. That helped matters and it was part of the reason why Christmas Eve was back a bit, there was so much spent on the Friday and Saturday.”

His store in Kilrush performed well, he said. “Kilrush had a very good Christmas. It came later in Kilrush than it did in Ennis but it turned out well, there is no doubt about that. This year, the emigrant factor wasn’t quite as noticeable as other years. We had the wedding end of it alright, with a lot of people back for weddings but, in general, the emigrant factor wasn’t as big. In Kilrush, you had people coming home from other parts of Ireland too, though, which helped massively.”

When he spoke to The Clare Champion, it was just a few hours after his post-Christmas sale had started and it was quite busy. Looking ahead, Patrick said, “The feeling around about 2018 is a quiet confidence, rather than a brash attitude. A couple of things have to fall into line, really. More people are working alright, that is helping.

“Nobody is spending a massive amount of money but more people are spending moderate to good amounts of money. There is a lot more of the debit card than credit cards. A lot of the time, the credit cards might only come out in the sales, when the regular money runs out.

“It might be a lean January because a lot of people who are paid monthly mightn’t be paid until the end of the month,” Patrick Bourke predicted.

“Brexit will have a massive effect, you can see that at the moment on pricing. Some of the guys who deal in sterling overprice on the conversion rate. We’re trying to deal with them directly in sterling so you know that the price you buy at will be more or less the one you are paying.”

Jean McCabe of Ennis boutique Willow said things got much busier in the last couple of days before Christmas.

“I think a lot of people found there was a slower run-in, because there was a full week up to the Sunday. The urgency wasn’t there but the final few days made up for it.”

A new Iceland store, the first in the county, opened at SkyCourt shortly before Christmas, and Mr Kelly said it made a huge difference. “With the new Iceland store, honestly, it is bringing an awful lot of footfall from all over the place. We even have people from Ennis coming here shopping.”

Not having many large clothing stores, end-of-year or New Year sales aren’t particularly important at SkyCourt. However, Mr Kelly said he is confident about 2018. “We would be very optimistic for next year. We have a lot of stuff happening over the next while. I think it’ll be a good year for us.”

Helen Downes, chief executive of Shannon Chamber, said the feedback she had received from local retailers was very good. “Eoin Hoctor from Eason said that business was reasonably positive and he felt the business had done quite well.

“Denver Morrissey (Shannon butcher) said his business exceeded expectations; it was up by 10 to 15%. He has gone online as well and, obviously, there is a lot of flexibility with that and there are people coming from different places to him.”

Ms Downes also said that more people have been coming to the centre since the opening of Iceland and this has actually helped trading at the nearby Dunnes Stores outlet.She also said that Shannon Chamber is initiating a retail forum in 2018, which will serve the sector and encourage more people to invest in Shannon.

WITH the economy apparently thriving, Christmas was quite positive for local retailers.
Previous ‘Mind-boggling’ to overlook 96 beds
Next Two minors included in senior hurling team