Reported suicides : scratching of the surface

THE lack of in-patient beds for young people with mental health issues has been highlighted by Councillor Ann Norton.

“The Government cannot on one hand claim that young people are the future of this country and, on the other hand, ignore their plight,” she said.

She has requested that the HSE assume a more direct role in the provision of mental health services to counteract the “epidemic” of suicide, warning that the number of officially reported suicide cases is “a mere scratching of the surface” in terms of the actual number of deaths occurring.

“Suicide is a growing problem in this country, irrespective of what the Central Statistics Office figures show. Depression does not discriminate on the basis of race, age, gender or social circumstances. It can affect any one of us at any time.

“Self-harm and death by suicide, along with the fact that many thousands of Irish people struggle with mental health issues on a daily basis, is tragically an issue that few families have not experienced in this country. It is an issue that needs to be highlighted and addressed at the highest level.”

Councillor Norton is calling for safety checks to be introduced to help identify people who are potentially most at risk and that services are put in place accordingly to provide urgent care.

“The health service expects charities to do the work without providing any significant financial assistance,” she said.

Responding to Councillor Norton’s claims, the Mid-West HSE confirmed it is currently developing an action plan under the national strategy to reduce suicide.

The initial meeting of the steering group took place last December and over 45 agencies were invited to participate. The aim of the steering group is to provide guidance, support and direct contribution to the development of the Mid-West Suicide Prevention Action Plan, to reduce the numbers of suicide deaths and self-harm incidents in the region and to promote the concept of a joined response within the Mid-West.

The steering group will be assisted by two working groups – an Engagement Working Group and Information and Research Working Group – to which members are being nominated by each agency. The aim is to complete the action plan by the end of 2016.

An additional full-time suicide resource officer has been recently appointed to the HSE Mid West and is available as a resource to the various voluntary and non-statutory agencies providing additional supports in local communities.

Anyone concerned or wanting to learn more can contact the HSE Mid-West Resource Office for Suicide Prevention on  061 461454. This office also offers training, including SafeTALK, Assist and Understanding Self-Harm, which is open to adults aged over 18 years.
The Samaritans are also available on 116 123 for 24/7 support. 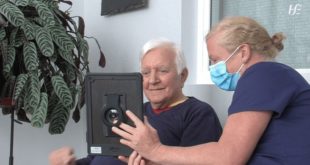