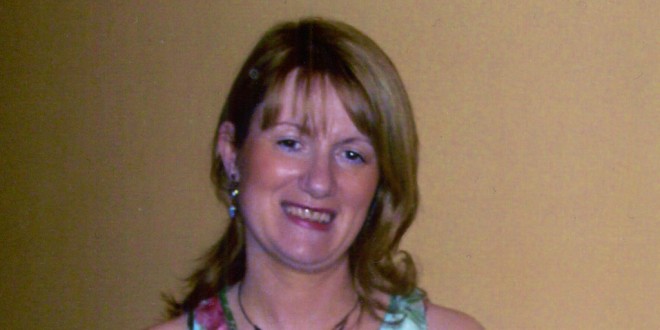 DYMPNA O’Sullivan of Frure, Lissycasey, was laid to rest last Sunday, after a two-year battle with cancer, which took her life at 49 years.

What a difference a year makes. Dympna was preparing to launch her second album, Enriched – Saibhriú, in The Old Ground Hotel, Ennis, during this week last year. The date was November 29, 2014, to be precise. She was excited, proud, and her new album reflected a change in outlook for Dympna O’Sullivan.

The album was a statement. Working hard throughout her remission, Dympna was determined to finish the album and enjoy the experience, while she still felt well enough. “This was going to be from the heart,” Dympna’s family explain.

Saibhriú features four of Dympna’s compositions. Na Crocáin Árda harks back to her childhood and the freedom she, her brothers and sisters enjoyed playing and running around the fields of Frure. Resilience, Dympna’s poignant slow air, charts her life after diagnosis. It is about the resilience it takes for anyone dealing with a cancer diagnosis to carry on fighting, battle to stay positive, while still clasping onto the hope of a brighter future. New Beginnings is more upbeat and speaks of hope, while she composed A Bouquet for Rose for her dear friend, her Aunt Rose.

However, it was only since her diagnosis that Dympna explored composition.

“Shortly after her diagnosis, for the first time in her life,” according to her family, “Dympna felt the ability to document the music that she always knew was inside of her. While it was only in recent years that she composed tunes, we feel she always had the ability, maybe just not the confidence.”

There’s a noticeable difference between Saibhriú and her earlier Bean Chairdín. The latter was the music of “Dympna through the years” and it features her favourite tunes, the tunes she played all her life. Some of her favourite musicians, such as US-based fiddler, Willie Kelly, also play on the recording.

But her youngest brother, Albert, also recalls how that first album proved to be a challenge for Dympna. “She struggled with putting herself and her music out there for all to hear, where there was the potential for criticism. Once it was complete, Dympna never looked back,” he said.

Dympna was hugely encouraged by the surge of goodwill when she released Bean Chairdín. The enthusiasm for and positive response to the CD on the launch night “were to change her life forever”. Dympna’s family cite the Saibhriú and Bean Chairdín launch nights as Dympna’s proudest musical moments.

Of course, music brought joy to Dympna in so many ways. She was proud of winning the Munster senior concertina title and, subsequently, the 1991 All-Ireland senior title in Sligo. But what brought most satisfaction to her was simply playing music with people of all ages. She held a deep admiration for the older generation of musicians, such as Kitty Hayes, Tom Carey and Mary Ellen Curtin, all sadly gone, and was inspired by her great friend and neighbour, Michael Kerrane.

Teaching was also important to Dympna. She taught younger musicians for more than 20 years, while encouraging her own nieces and nephews to play music and dance. She was also a regular teacher at Scoil Samhraidh Willie Clancy and Catskills Irish Arts Week.

All these facets of Dympna’s life – her ease with old and young alike, as well as her conscious decision to pass on the tradition to the next generation through her teaching – stemmed from a home life where music was the natural thing to do.

Her parents, Michael and Dympna, are passionate about music and dancing, while her grand-uncle, Tom Griffin, played concertina, as did her grandmother. The family like to joke that their father wanted a céilí band and made sure all seven children learned music. Although Mary, Michael, Kieran, Brian, Martina and Albert all shared a love of music and played an assortment of instruments between them, it was Dympna who shone musically. Starting with a Paolo Soprani accordion, which she played for two years, Dympna soon fell for the more manageable concertina at the age of 11. Her first teacher was Gus Tierney of the Kilfenora Céilí Band but, throughout the years, she also attended workshops with Noel Hill, John McMahon and the late Tommy McCarthy.

The family remember a saying they heard often from Dympna: “It doesn’t matter where you go in life, it’s who you have beside you.” Last Sunday in Lissycasey, her beloved family; partner, Mike; friends from Clare, the UK and US, as well as more than 100 musicians, gathered by Dympna O’Sullivan’s side one last time in a moving, musical send-off.
Ar Dheis Dé go raibh a anam.