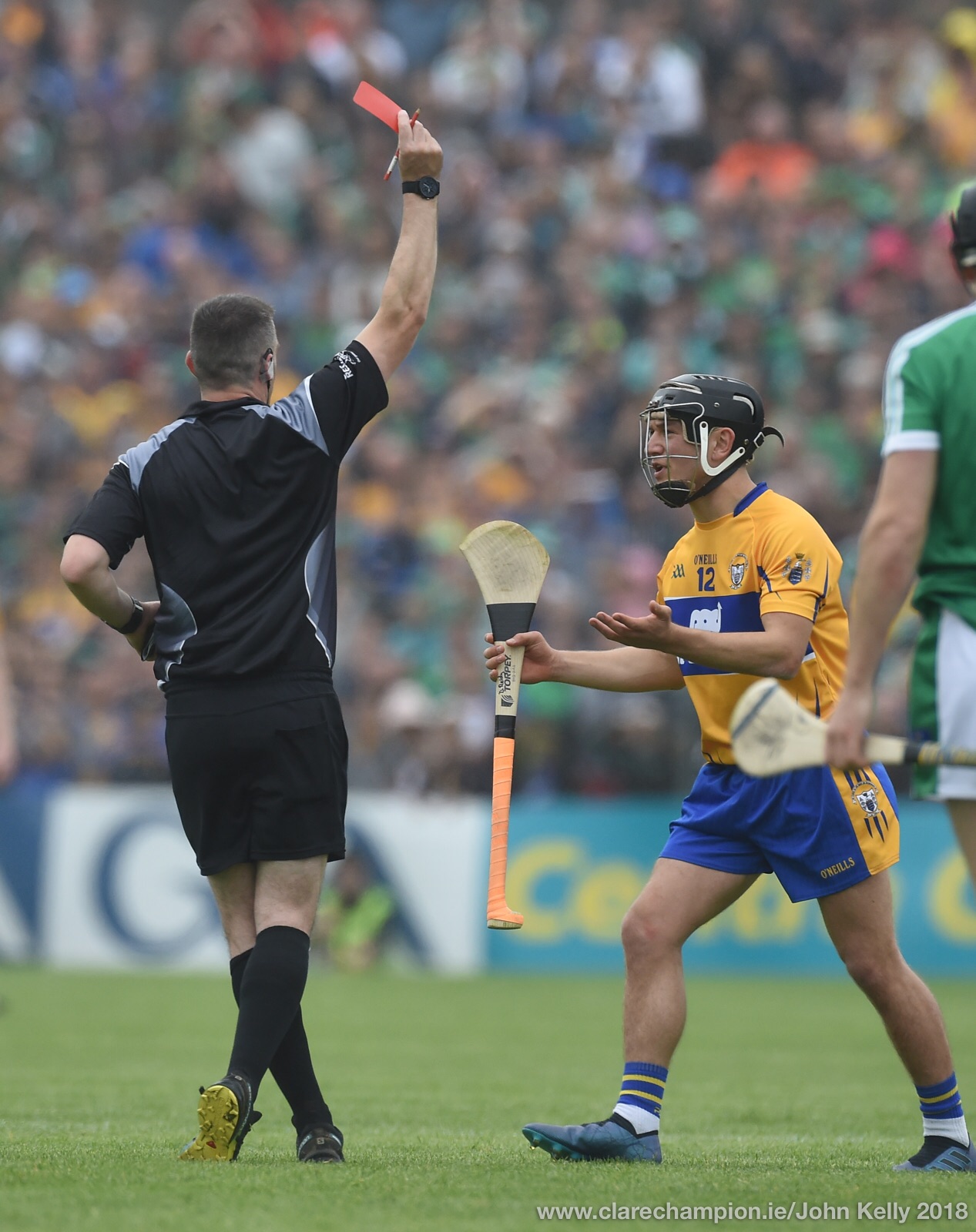 CLARE hurler David Reidy is free to play in Sunday weeks Munster final against Cork in Thurles. The Clare Champion has learned that the Clare half forward and free taker has been successful in his appeal today in Croke Park.

The Éire Óg clubman was red carded during Clare’s round robin Munster championship defeat of Limerick in Cusack Park last Sunday. Initially, Limerick substitute, Tom Condon, was red carded. Referee, James Owens, consulted with his umpires in making the decision to dismiss Condon. However, before play resumed, he again spoke to his umpires and decided to also issue Reidy with a red card, deeming foul play in an incident with Limerick’s Diarmuid Byrnes, who tumbled to the ground, following what looked like minimal contact.

Reidy can now concentrate on preparing for the July 1 final, which is a repeat of the 2017 decider. There is no news yet if joint manager, Donal Moloney, will be free to patrol the touchline. He has also appealed a proposed ban.

West Clare native Peter O'Connell has worked for The Clare Champion for 12 years and covers everything from sport, especially GAA, news, features and has been even known to branch into the fashion scene on occasion.
@@westclarepage
Previous Lisdoonvarna asylum seekers plight shows how fortunate we are-Comment
Next Kerry’s class too much for Clare….again