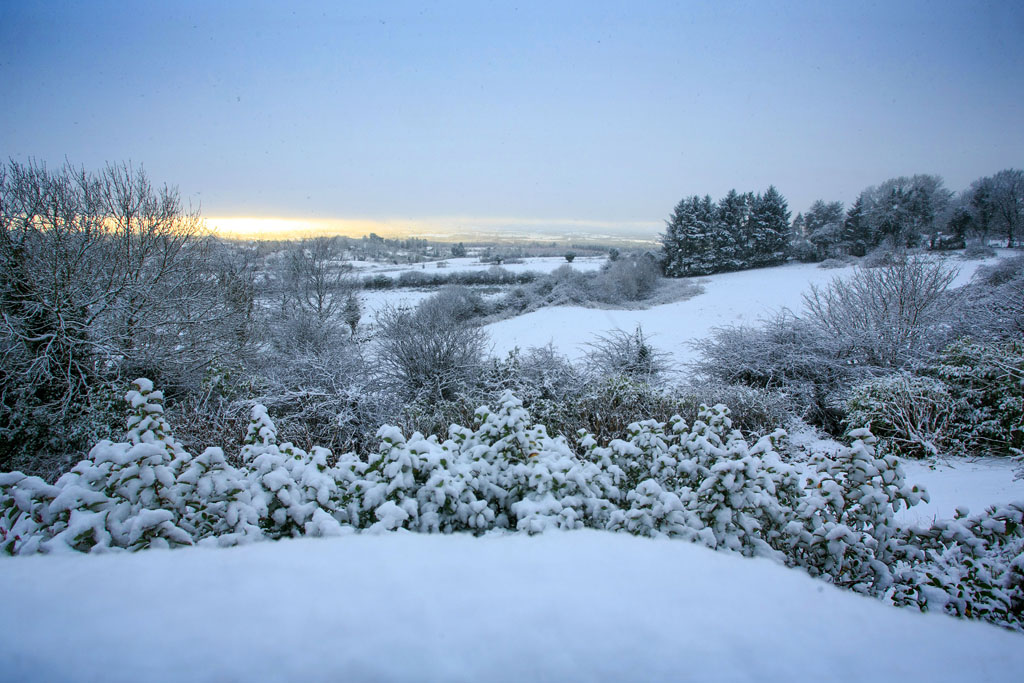 PARTS of Clare were hit with heavy snow last night and this morning, but the worst seems yet to come.

Temperatures around the county are well below zero at the moment, and with snow having accumulated in many areas last night, driving conditions are already very challenging.

All schools are closed, while many businesses have closed their doors, even in the centre of Ennis where paths and roads have been treated extensively.

At the moment, a status red warning is in operation and it will remain in place until 3pm on Friday.

In a Met Éireann update this morning it warned that “During the afternoon and evening blizzard conditions will develop across Munster and Leinster as heavy snow together with driving easterly winds spread northwards to all areas through the rest of the day.”

Strong winds are forecast for the afternoon, while many parts will see heavy snow this evening, tonight and tomorrow morning, with large accumulations very likely.

In a statement, Clare County Council noted, “The emergency services, including Clare Fire and Rescue Service and Clare Civil Defence, will be on standby throughout the Red Alert period. Clare County Council’s out-of-hours emergency number (087 4169496) remains in place to deal with requests for assistance from the public in relation to blocked roads, fallen trees and other non-life threatening incidences.

“Clare County Council’s fleet of salt spreader trucks will facilitate treatment of strategic national (excluding the motorway network) and non-national routes around Clare. The county’s motorway and dual carriageways will be treated directly by contractors on behalf of Transport Infrastructure Ireland, which assumed responsibility for the National Motorway Network in 2013. The ‘Winter Maintenance Salting routes 2017-18’ are available to view on the council website.”

Mayor of Clare Tom McNamara has called on neighbours, family and friends to ensure that the elderly, particularly those living alone, are kept warm and have sufficient food during the period of cold weather.

Councillor McNamara said, “Fuel poverty affects many households, and older people in particular are sometimes reluctant to use up their electricity and fuel allowances. Therefore, it is important that people across the County do their bit to assist elderly neighbours and family members.”