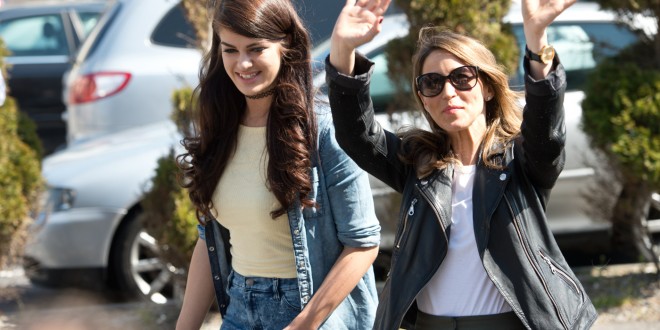 Sarah Mc Tiernan and Rachel Stevens, coach, arrive to Sarah's house for the Voice of Ireland Home Visit to Sarah's house as part of the build up to the final on Sunday night. Photograph by John Kelly.

Voice of Ireland judge Rachel Stevens insists Scariff singer, Sarah McTernan deserves her place in the Voice of Ireland final this Sunday, despite claims from another judge she qualified because she had the support of her employers, Penneys.

Kian Egan has no act in the final since his top acts John Bonham and Helena Bradley Bates were knocked out in this week’s semi-final.

However, Kian feels that John, in particular, should be in the final whilst Sarah should not.

Dunnes Stores is also backing Patrick Donoghue who works for the store.

Kian, who says he is not bitter about the situation, just feels for his acts, also revealed that he will not return for another series of The Voice of Ireland, even if it is commissioned by RTE.

The 34-year-old former Westlife star says he wants to “take a step back and chill”.

While Rachel Stevens acknowledged everyone is entitled to their own opinion, she stressed Sarah had reached the final on merit on the basis of her own talent.

“Sarah is so talented and I think she had got to the final on her talent merit. She is a great singer and she is doing so well.

“Sarah has got so much support which is so fantastic. I am really proud of her,” she said.

Asked if she was disappointed with Kian’s comments in her role as Sarah’s coach and mentor, Rachel felt his criticism was “all banter and part of the competition”.

“Kian is Kian. Fair enough, everyone has got their own opinions. I am so happy that Sarah is in the final and I have loved working with her. She is so brilliant and is so easy to work with.

“I have believed in Sarah in the beginning and I believe she can go all the way,” she predicted.

A spokeswoman for Kian declined to comment on a Clare Champion query at the time of going to press.
Sarah also acknowledged that everyone was entitled to their own opinion. She recalled she knew she had got off to the wrong start on Sunday night but knew where she went wrong and will be working on this ahead of the final.

“I know where I went wrong on Sunday and I can take that on the chest. I did feel a little bit guilty because John and Helena were totally worthy of a place in the final.

“But is a competition, it is television,” she said.

Sarah’s mother, Sinead felt Kian’s comments about “Dunnes versus Penney’s” were harsh. She believes her daughter is four to one to succeed as any of the four talented finalists could win the competition.

Leah Kenny from Penney’s in Ennis said that Sarah’s success had given an extra buzz to working in the store over the last few weeks.

“The atmosphere in the store is so exciting ever since her first audition. There is loads of support for Sarah. Overall the atmosphere is great.

“Customers are asking us if Sarah is working and they are mistaking some of our own girls for her. We have people coming up asking for photographs but she has been up in Dublin rehearsing. We are all so proud of her, it is great to see the progress she has made since the first audition.

“Every week, Sarah just gets better and better,” said Leah.

“She had done everyone so proud and is building up her own confidence week after week. She is growing as a performer so much. Kian is just zealous because he doesn’t have a singer in the final,” she said.

Former schoolmate from Scariff Community College, Caoimhe Ryan,who is from Killanena but lives in Ennis said that while everyone was entitled to their own opinion, she 100% disagreed with Kian’s comments.

“Sarah is there for a reason. The public have voted her through to the final. He is wrong. Every contestant has their supporters. The public like what they saw and recognise she is a natural talent. She is so unbelievably down to earth and deserves this more than anything.

“It is an amazing achievement to get to the final. She fully deserves it. We are unbelievably proud of her and she will always be a star in our eyes,” added Caoimhe.
She said that everyone knew Sarah had the talent to succeed as she was just naturally gifted without any coaching. 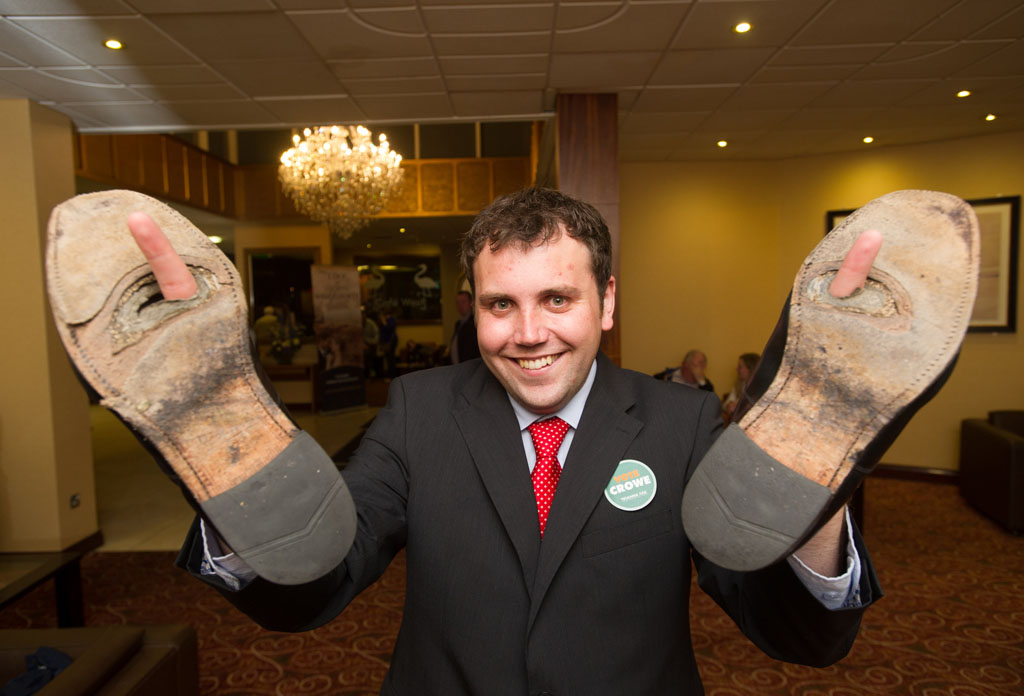