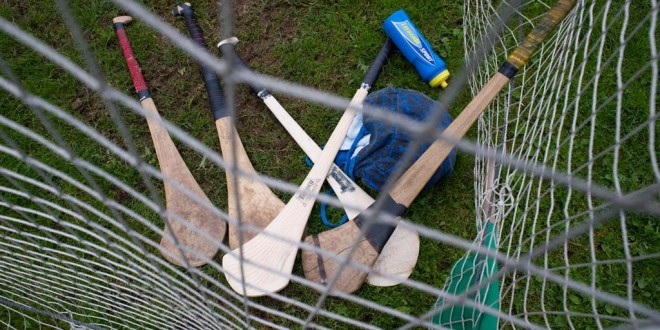 The race for the Clare U-21 Hurling Championships gets underway this weekend, with games down for decision across all three tiers.

Following the GAA’s decision to allow U-17s to play at the grade for the 2019 season, clubs can finally focus fully on what will happen on the field, with some intriguing ties in store.

The defending A champions, Inagh-Kilnamona, begin their bid for a second title in the last three years, when they take on Bodyke-O’Callaghan’s Mills in a preliminary-round tie on Sunday. The East Clare outfit are reportedly sweating on the fitness of a number of players but will be able to call on the services of county senior star Gary Cooney, with the Mary Immaculate College student coming into the game off the back of an impressive cameo against Limerick in Cusack Park last weekend.

The Combo have an array of talent available to them, with a plethora of underage and senior stars set to feature. County senior Aidan McCarthy will be central to their challenge and will have plenty of back-up from the likes of Keelan Guyler, Tom Barry, Conor Hegarty and Keith White. All signs point to the champions getting their campaign off to a winning start and booking a spot in the last eight.

This weekend’s other preliminary-round tie sees Scariff-Ogonnelloe take on a Cratloe side, who will be looking to county star Diarmuid Ryan to lead their charge. The East Clare men may well be without the services of star forward Mark Rodgers, who is involved in handball action but is also understood to be carrying an injury. Cratloe have an array of attacking talent to call on, with Riain Considine and Billy Connors likely to cause damage to the opposition defence and the South-East Clare side fancied to advance to the next round.

There are two quarter-final ties down for decision, with the first of those pitting old rivals Kilmaley and Sixmilebridge head-to-head in Clarecastle. Kilmaley will be able to call on a number of players who featured for their senior side in last year’s run to the semi-final, with Sean O’Loughlin, Cathal Darcy and Bradley Higgins among them.

They are once more managed by Kevin McNamara, who said everyone is looking forward to the challenge.

“We have a lot of training put in at this stage through the tough months and plenty of challenge games played, so everyone is eager now to get the championship underway. The difficult thing at this time of year is the availability of pitches. We did a lot of our training on our AstroTurf pitch but we don’t have floodlights. When you have players involved in different competitions, between second-level and colleges, that can be tough to manage too but now we are really looking forward to getting things going. Sixmilebridge bring their own reputation and history to the competition and they’re a very proud club. We know they will provide a huge challenge for us, both physically and technically. They’ve been in the same grade as us all the way up along and they were in the U-16 A final last year, so they will have some of those lads brought through too. All we can do is focus on ourselves and be ready for a battle,” he noted.

Sixmilebridge manager Tommy Liddy is expecting a tough opener for his side against one of the favourites for the title.

“If there was one team you didn’t want to draw straight off it was Kilmaley, with the names they have and the experience they have. That’s the challenge that is ahead of us now, so we have to be ready to face up to it.

“The knock-out element of it is the beauty of the U-21 championship. I have been involved for three of the last four years here with the club and it’s great. It is do-or-die on a given day and that’s what I love about it. The ’Bridge over the years, whether it’s U-21, senior or any other grade, we always seem to come alive in these knock-out championship games, so hopefully this weekend will be no different and we will put up a good performance,” he said.

That game will be streamed live on www.clarechampion.ie along with our social media channels from 1.50pm on Saturday afternoon.

The weekend’s other quarter-final tie sees two teams who will be bidding to take the title in 2019 square off, with one of them set to fall at the first hurdle. St Joseph’s, Doora-Barefield and Clarecastle will be looking to an array of young talent to bolster their chances, with numerous underage county stars set to take to the field.

The Magpies were Minor A champions in 2016, with the likes of Darragh Healy, Lee Brack and Killian McDermott likely to be to the fore. The Parish will have recent county minors, such as Tony Butler and Adam Mungovan, in their ranks and might just come through what will no doubt be a tight encounter.

There is also plenty of action in the B championship, with five first-round ties down for decision, along with one quarter-final clash.

This weekend’s only last-eight tie in the second tier pits Wolfe Tones against Corofin-Ruan.

The C championship ties are Cratloe against Ennistymon, Kilmaley up against Bodyke, Clarecastle against the Banner, while the second strings of Inagh-Kilnamona and Clonlara clash.

Previous “We can’t even stay in our house” -Tullassa planning application shot down
Next Bumper Crowd Expected For 2019 John Minogue Memorial Run, Walk And Cycle