QUESTIONS are being raised about why a multi-million housing development planned for Meelick has been shelved at a time when private rented accommodation is securing monthly rents of up to €1,300.

Deputy Cathal Crowe has written to Housing Minister Eoghan Murphy asking for an explanation why this major development of 70 new housing units was not sanctioned by his department.

“It is hugely regrettable that this project is not being developed at a time when there is an immense need for housing in the area. I liked this development because it almost had a 50 50 split of affordable and social housing.

“There is a huge demand for housing in South-East Clare. Rents are averaging between €1,300 and €1,500 a month, which is some of the highest in the county.

“There is huge rental pressure because of proximity to Limerick City and this housing development needed to happen,” he outlined.

“There are other land parcels for sale in Meelick and I will be asking the council to start looking at these. The door may be closed on this site but I don’t see why the council shouldn’t be looking at alternatives in the area because the need for housing in this area had shot through the roof.

“I don’t think many private developers will be providing housing over the next year or two. I don’t think lack of sewerage should be used as an excuse not to go ahead with a new housing project,” he said.

Deputy Crowe recalled he had secured a commitment from Irish Water for an upgrading of the sewerage infrastructure in Meelick, which could have happened at the same time as the construction of the new housing.

Deputy Joe Carey recalled he had raised this issue with Minister Murphy, officials from the Department of Housing and during a meeting with Clare County Council chief executive, Pat Dowling after receiving concerns from constituents last March.

“This zoned site is of strategic value because it would provide affordable and social housing. A new housing development would also help to deal with sewerage difficulties, which are a long standing issue in Meelick.

“Work is underway to provide a new sewer main as part of the development of the new Limerick Northern Distributor Road. The sewerage from Ballycannon Heights could have been linked onto this new housing development and then on to the Limerick Main Drainage Scheme.

“The road at Brennan’s Cross is very dangerous for pedestrians, cyclists and motorist,” he said.

Commenting on the issues raised by the Department of Housing, Deputy Carey said it is up to the council to challenge or address these issues but he understands the local authority had decided not to pursue this housing development.

It was anticipated that this housing development would have included 40 affordable housing units and 30 social dwellings.

It is believed that Clare County Council had negotiated a deal with a land owner in Meelick to purchase zoned land and then made an unsuccessful application for loan approval to the Department of Housing.

Councillor P J Ryan said it looked as if South-East Clare was being left behind again following this very disappointing setback for people on the housing list in the locality.

Describing this decision as a “big blow to the area”, Councillor Ryan said Meelick required major investment to address deficiencies in roads, footpaths and sewerage facilities, which could have all been addressed in this housing development.

The Sixmilebridge Councillor said it was unacceptable that people living in housing estates like Ballycannon Heights had to endure foul smells due to the lack of proper sewerage treatment facilities.

“It looks as if South-East Clare is being forgotten about in terms of major development,” he said.

Councillor Michael Begley recalled part of this site would have provided infrastructure to get sewerage from Meelick into the Limerick Main Drainage Scheme.

The Clonlara Councillor recalled part of the first phase of the Coonagh to Knockalisheen Distributor Road including an upgrade of the road from Knockalisheen to Watchhouse Cross involved the provision of an upgraded sewer line by Irish Water in conjunction with Limerick County Council.

He pointed out the upgraded sewer line would go past the entrance to the Direct Provision Centre in Knockalisheen, which is located about 100 metres from the tail end of this zoned site.

He said the provision of a holding tank and pumping station could have facilitated the transfer of all the sewerage, which is causing problems for residents in Ballycannon Heights due to the existing inadequate sewerage treatment plant, on to the Limerick Main Drainage Scheme.

“This housing project would have facilitated the provision of new sewerage infrastructure and would have also helped to improve the overall facilities in Meelick. The shop and pub that were previously in Meelick are closed. There is still an issue about a playground.

“If this land was purchased, it could have been used to form the basis of a masterplan to address a lot of shortcomings in the area,” he said.

According to official documents from the Department of the Housing, the council’s finance section confirmed in early March the local authority were not progressing the Meelick lands further.

The Department of Housing expressed concern the Meelick site is situated within a small residential area that is isolated from local services, has severely limited public transport and hasn’t adequate existing sewerage facilities to facilitate the proposed housing development.

The council stated the Department of Housing had expressed concerns about the capacity of the settlement to cater for a development of this scale on receipt of the loan sanction request.

The authority confirmed it hasn’t developed the project appraisal for approval as it couldn’t proceed to development without loan approval. 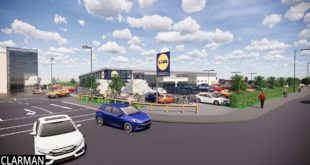