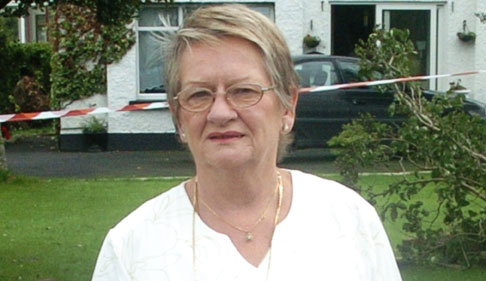 A PROUD grandmother whose young grandchildren were her “best work” was how the late Josephine, better known as Josie, Lucas was fondly remembered, as family and friends gathered for her funeral mass on Wednesday.

The 74-year-old died following a tragic accident involving her own car in Francis Street, Ennis on Sunday afternoon. Emergency services were called, however, despite their best efforts she was pronounced dead at the scene.  Both Mrs Lucas’ grandchildren, who were with her, were treated for shock.

Her brother, Kevin told mourners at St Joseph’s Church that his sister was “determined, confident and she spoke her mind” adding she was “very proud of being from Clare.”

Mrs Lucas trained to be a nurse as a teenager, meeting her future husband, Tony in London before moving back to Clare where they joined the publican trade. Her family own Lucas’ pub on Parnell Street, with Kevin recalling his sister’s determined spirit during floods on the street. “I have great memories of serving away in the bar with our wellies on,” he said.

He said that his sister was a well travelled woman, fond of gardening and helping others through her nursing, volunteer work and in many other ways. However, he continued, “Josie’s best work in her most recent years were her grandchildren.” He recalled how Mrs Lucas spent a lot of time with her two grandchildren. “She was very proud of them,” he said.

Speaking about the untimely loss, he said, “The tragedy on Sunday has robbed us of a fit, confident and wise woman.” And on behalf of the family, he expressed appreciation for the support that they have received in recent days. The burial took place in Drumcliffe Cemetery following the funeral mass.

Gardaí in Ennis are  continuing to appeal for witnesses to contact them. Already a large number of people have come forward.

“A lot of people have already come forward who witnessed this incident and we would like to thank all of those who have so far. Anybody who was there at the time should contact Ennis Garda Station,” said Superintendent Derek Smart. 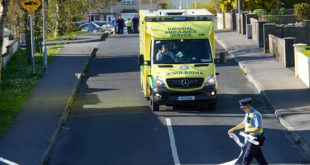