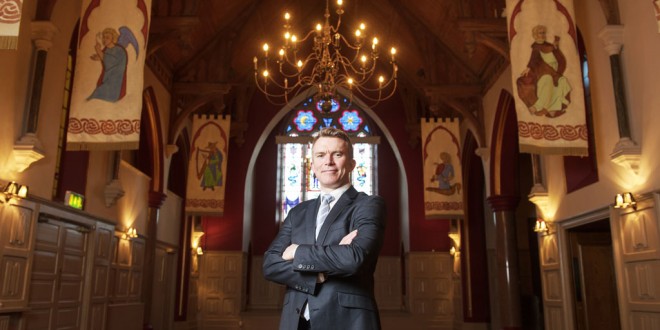 Preaching the gospel of tourism

ENNIS hotelier Paul Madden has been appointed as the chair of Clare Tourism, the group responsible for the marketing and promotion of the Banner County at home and abroad.

Mr Madden, who is general manager of the Temple Gate Hotel and a founding member of Clare Tourism, assumes the role held by Donnagh Gregson since 2013.

Speaking to The Clare Champion following his election, Mr Madden said the marketing and promotion arm of the body will focus on increasing the number of visitors staying overnight in the county.

“We have a fantastic tourism product in Clare. We are on the Wild Atlantic Way and we have a great showcase coming to Ennis with Fleadh Cheoil na hÉireann next year, so we need to use it to our best advantage,” Mr Madden said.

“We are fortunate that we are on the Wild Atlantic Way and we have some major stop-off points that contribute to the experience of travelling from Donegal to Kerry. It’s up to us to utilise this as best we can,” he added.

The new chairman said he is aware that over half the coaches visiting the Cliffs of Moher are coming from Dublin and Galway on day trips.

“That is a reality. Shannon Airport is an international airport and a gateway to the West of Ireland, but we have no given right just because the airport is in Clare that everyone is just going to stay here,” he said.

“What we have to try to do is to encourage people travelling from Kerry to Donegal to stop in Clare. Wherever we can, be it online marketing or the promotion of events, or through our own individual businesses, it’s very important that we do that.

“You are always going to have people that will be travelling to attractions in Clare that won’t be staying overnight. It is a frustration, there’s no doubt about that and anyone that we can get our hands on we should.
“The airport’s resurgence as a proper international airport and with all the marketing behind it and the new routes in and out of Continental Europe and the States, will bring a lot more traffic. We need to capture as much as we can,” Mr Madden said.

“In Clare Tourism, the role of our full-time marketing executive will be to engage more with the major players in tourism, such as the Shannon Group and Fáilte Ireland; to liaise more with them; to try and see what we can do for them and with them, and to do as much as possible to have at least some form of stopover in Clare. That’s what we want to do,” Mr Madden said.

He said Ennis’ hosting of the All-Ireland Fleadh in 2016 will act as a “significant showcase event” for the entire county.

“This prestigious event will deliver significant economic benefits to all of Clare, while it will also provide a significant platform for the promotion of the overall tourism product on offer here. The continued improvements in connectivity at Shannon Airport and the increasing popularity of the Wild Atlantic Way will encourage people to consider extending their stay in Clare before and after Fleadh Cheoil na hÉireann,” he explained.

“This steering group comprises representatives from each of the five geographical areas of County Clare. They have been selected by their peers and colleagues to represent their interests and respective areas. It is very important that tourism providers in each of those areas engage with their representatives and are encouraged to bring new ideas to the table,” said Mr Madden.

Visit www.clare.ie for more on Clare Tourism and the range of activities and providers throughout the county.