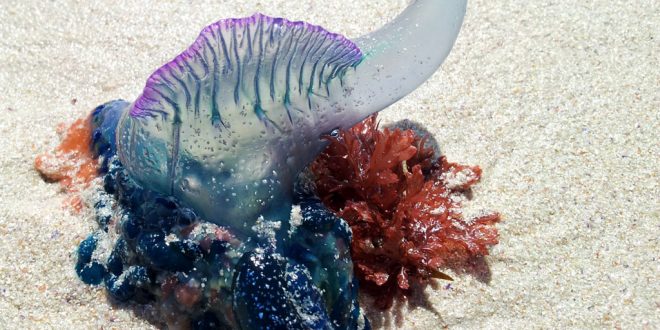 Clare County Council is urging bathers to exercise extreme caution as a result of the worst Portuguese Man O’War infestation off the Clare coast in a century.

Populations of the venomous species have increased along the western seaboard due to warming waters with record sightings of the species reported during recent weeks.

Man-of-wars are found, sometimes in groups of 1,000 or more, floating in warm waters throughout the world’s oceans. Their tentacles can extend up to a maximum length of 165 ft (50 m).

Clare McGrath, Clare’s Water Safety Development Officer, is advising beach-goers to be vigilant and to avoid any Portuguese Man O’War.

“Surfers, kite surfers, swimmers, kayakers, divers and walkers need to keep a vigilant eye open for these creatures which give a very strong sting and to some people can cause anaphylactic shock or seizures,” said Ms. McGrath.

“Stings usually cause severe pain to humans, leaving whip-like, red welts on the skin that normally last 2 or 3 days after the initial sting, though the pain should subside after about an hour. However, the venom can travel to the lymph nodes and may cause, depending on the amount of venom, a more intense pain. A sting may lead to an allergic reaction. There can also be serious effects, including fever, shock, and interference with heart and lung function,” said Ms. McGrath.

She continued, “Detached tentacles and dead specimens (including those that wash up on shore) can sting just as painfully as the live creature in the water and may remain potent for hours or even days after the death of the creature or the detachment of the tentacle.”

Anyone stung and who experiences anything other than minor discomfort are advised to seek medical attentions a the sting can cause anaphylactic shock. 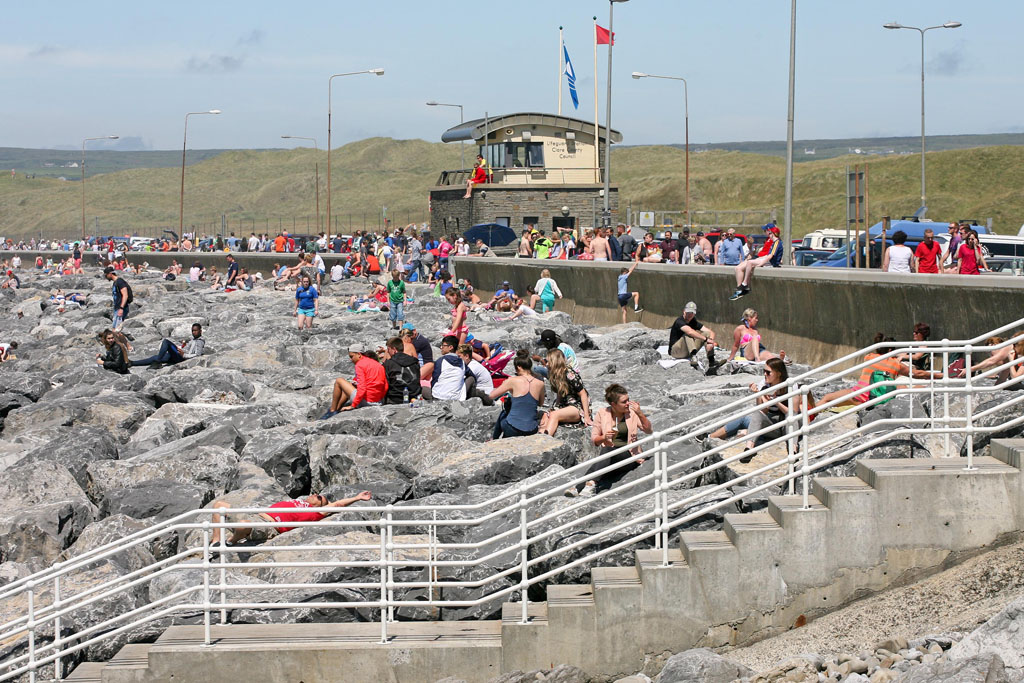