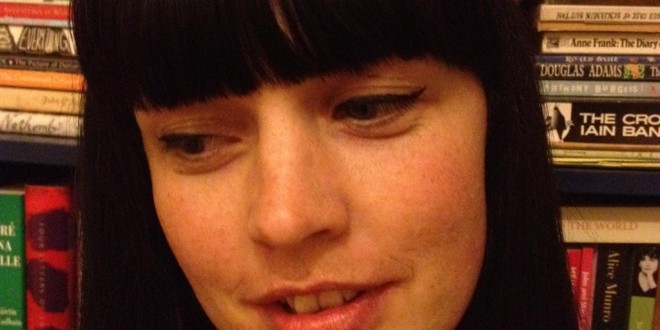 A NORTH Clare woman has been nominated for an American literature award. Doireann Ní Ghríofa from Kilnamona is shortlisted for the Pushcart Prize, which recognizes the best writing published in small presses.

Doireann’s works have appeared in many literary journals in Ireland and internationally, most recently in France, Mexico, USA, Scotland and England.

While Fox, the poem shortlisted for the Pushcart Prize, is in English, Doireann also writes extensively in Irish.

“I was very lucky to have encountered passionate and talented teachers of Irish from my very earliest days at Gaelscoil Mhíchíl Cíosóg in Ennis. Irish is taught there in a very gentle, immersive, conversational way, so that children pick up fluency very quickly. My teachers, Eithne Ní Dhonghaile, Carmel Ní Bheacháin and Domhnall Ó Loinsigh, were also very encouraging of my love of writing.

“In addition to fostering a love for language, they also encouraged me as a writer. It was in the Gaelscoil that I had my first successes in writing competitions. Teachers have always been key for me in my development as a writer. I had a powerful English teacher in secondary school, Mr Moylan. His readings of the poetry of Austin Clarke and Patrick Kavanagh resonated deeply with me as a teenager. My copy of Soundings is quite dog-eared,” she says.

Initially, her poetry found its expression through Irish but now it is in English that Doireann finds her loudest voice.

“When I began to write poetry, I wrote exclusively in Irish and had two collections of poems published and was shortlisted for Irish-language prizes. However, I found that at readings and events, it was useful to have English translations of my work to read as well. So I began to translate my own work and I enjoyed the process so much that I decided to turn my attention fully to English for a while.

“I have really enjoyed the process, as it opened up a wealth of English language poetry to me and I have been experimenting a lot with form, particularly sonnets, sestinas, pantoums and rondelets. It has been like a second apprenticeship to the craft of poetry. I have had much success in terms of publication of my English poems but I still write in Irish as well,” she outlines.

Although the mother of three lives in Cork, Clare is still the source of much of her inspiration.

“Every time I come home I feel nourished, creatively. I spend a lot of time at Lough Bourke in Kilmaley, a beautiful area with a great depth of history and folklore. As a child, I loved the stories of the amazing seanchaí Eddie Lenhian, which we had on tapes and videos and I feel that gave me a different lens to look at the landscape around me. He brought a whole dimension of the historical, the fantastical, the mythical to my childhood and I still feel inspired by Clare as a result.

“I also draw inspiration from Clare in terms of spending time with my family and amazing grandmother, Mai Griffin, who is an inspiration to me in many ways. In fact, I have just finished writing a sonnet about her. Clare is always there in my poems, in the personae and landscapes that I evoke. I have yet to write a poem about hurling but it will have to be on the cards now, after the All-Ireland. An Ode to Davy Fitz maybe,” she laughs.

While the 32-year-old has received many accolades for her work, getting nominated for the Pushcart Prize provides further encouragement. She explains how the nomination came about.

“An American literary journal, Rose Red Review, published my poem, Fox, in their summer edition. Their editor contacted me last week to tell me that they had chosen my poem to be nominated for the Pushcart Prize. I am absolutely thrilled to be nominated for such a prestigious international award.

“It is a great validation for my writing. It is a quiet, solitary life being a writer, so it’s hugely encouraging for me to be applauded in this way. It is encouraging to be honoured by this nomination, as I put the finishing touches to my collection of English poems and prepare to submit it to publishers,” she adds.

Doireann was shortlisted for the Jonathan Swift Award and Comórtas Uí Néill both in 2011 and 2012 and was selected for the Poetry Ireland Introductions Series. The winner of the Pushcart Prize will be named early next year.