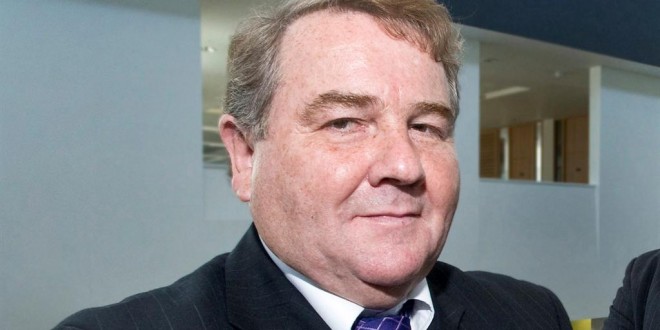 Councillor Bill Slattery has described the masterplan "as a joke".

A Lahinch county councillor has claimed that Clare County Council employees are “roaming” around North Clare, checking if graves are the required depth, which Councillor Bill Slattery has heard should now be eight-foot deep. Councillor Slattery has challenged the local authority to dig 10 eight-foot graves in Lahinch, where he says the rock formation mitigate against deep graves.

“In recent times, a person was being buried and somebody came out and told them the coffin wasn’t down far enough,” Councillor Slattery claimed.

“Was it someone from the council?” director of services, Ann Haugh asked.

“I believe so. They couldn’t go down any further because they had met rock. They were down five-foot-nine and he said ‘ye better go down to eight foot. Those are the new guidelines.’ This was the morning of the funeral. The graveyards around here are all rock. Are there new EU guidelines or guidelines from the Department of Environment, as regards new requirements for burial grounds, relating to the depth a coffin has to be put down?” Councillor Slattery asked, before pointing out that, in parts of North Clare, it is impossible to dig to a depth of eight feet.

“I believe there are personnel from Clare County Council, roaming around inspecting graves to make sure a coffin is down. I’m told it has to be down eight feet. There are graveyards around here, where you can barely go down five feet because of the rock situation. It has to be clarified because the undertakers are not too sure. They have asked to find out are there new guidelines for burying people. Some of the undertakers have been challenged recently for not going down far enough. It’s a very sensitive topic. I just want clarification on it,” Councillor Slattery told his seven stunned council colleagues and the equally taken-aback council executive present.

“The undertakers are looking for Clare County Council to come out and dig a line of 10 graves in advance and back-fill them again so they can be opened to the correct depth, if there’s a required depth. Someone from the council did come out and said, if it wasn’t done right, the funeral mightn’t take place,” he claimed.

“What’s needed here is a small bit of common sense. People have been buried for generations in these cemeteries. The incident that Councillor Slattery referred to was extremely regrettable. At the time, it was very difficult and emotional for the family. I would suggest that if it isn’t broken, don’t fix it. The system has worked extremely well and everybody has been happy up to now,” Councillor Nagle said, with reference to the depth of graves in the region.