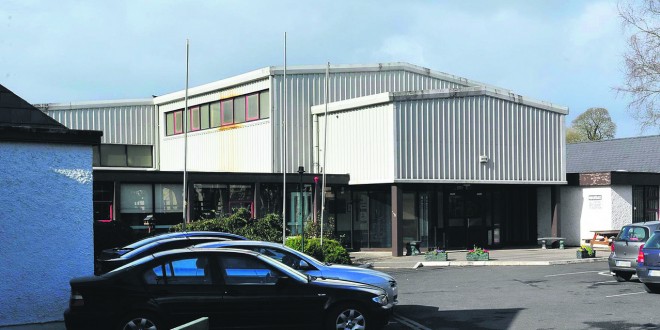 ST Joseph’s Secondary School in Tulla is one step closer to moving to a new site. A planning application for their proposed 650-pupil school was lodged with Clare County Council last week.

The secondary school, which has been educating young people from the heart of Tulla village since 1985, is set to move to a new green-field 10 acre site on Chapel Street, 700m south-west of the existing site.

The project, which is part of a public-private partnership and is part of the school bundle four programme facilitated by the National Development Finance Agency, is expected to start in the last quarter of 2014. Construction is expected to take up to 18 months, with an outer completion date of March 2016.

The capital value of the school bundle four programme, which covers the development of six schools, is €65 million excluding VAT.

School principal Margaret O’Brien said the reality of what is to come is starting to sink in among staff and pupils at the school.
“They put in the planning permission last Friday and so we are very excited and looking forward to it and we are on schedule. The school will be a two-storey building catering for 650 pupils. We have about 420 pupils currently, so we will be looking towards the future,” she said.

Site works include the demolition of an existing derelict farm compound, while proposed site works include provision for 48 car-parking spaces, including accessible parking via new proposed vehicular in-out access from the R462 public road, including pedestrian access and drop-off and pick-up facilities.

“There is an Autistic Spectrum Disorder (ASD) unit that has everything you could want. It will be a whole suite with a sensory garden and there is scope for them to have their own separate entrance if they wish, for instance if there is someone who is wheelchair bound and they will have a sensory room inside for down time.

“We have two ASD units here but they would be adapted classroom situations so this is purpose-built to the highest spec,” she explained.

Ms O’Brien said the latest date for completion of the project is March 2016 but she is hoping it might be completed sooner than that.
“We would like for it to happen over the holiday period in 2015 but we won’t say no whenever it does come on stream,” she said.

In addition to the classroom facilities, the school is looking forward to the provision of a new school hall, which will be a feature of the new build.
“Hopefully that will be opened up to the community. It will be good for the school, for Tulla and for the surrounding area. We will also have a full-size GAA pitch, which is an absolute miracle, and some courts. We would have the latest of equipment too so it is something we are really looking forward to and it will be great to have those facilities for the students,” Ms O’Brien continued.

The school currently has 26 classrooms, including their specialist classrooms, which span across the main school building and 11 prefab buildings, all on a 2.3 acre site.

“The new site is a 10 acre site and we have the grand total of 2.3 acres here, so I think that will be great for the school. This school was built at a different time and we have lots of prefabs, which aren’t the best in terms of the cost of running them so it will be nice to have everyone under the one roof,” she said.

In addition to this, the new site will provide for buses to come into the school grounds to drop students off and there is also to be an additional turning lane and a widening of the road to accommodate that. Staff and visitor parking will also be provided as part of the development.