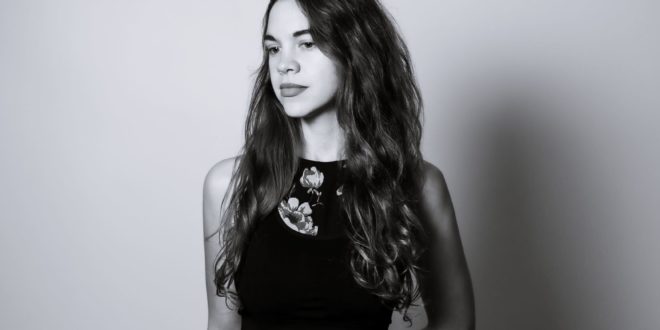 IT’S a case of Philadelphia Here I Come for Ennis musician SON, Susan O’Neill, however she won’t be breaking any Covid-19 travel restrictions. SON has been named among 18 Irish acts who will perform virtually at the Philadelphia Folk Festival on Saturday, August 15, with the support of Culture Ireland. For the first time ever, the festival has dedicated a full day of its programme to performances by Irish musicians.
Looking ahead to her performance she said, “It’s really great to be included in the Philadelphia Folk Festival line up this year. Technology can be so wonderful and this is one of the ways it can help us to keep sharing music with music lovers across the world. So glad to be part of it all.”
SON began her musical career as the youngest member of the Ennis Brass Band along with joining the Really Truly Joyful Gospel Choir. The critically acclaimed performer is a member of King Kong Company and is one of Ireland’s brightest emerging talents.
Her first album ‘Found Myself Lost’ was one of Hot Press magazine’s ‘Albums of the Year’ and garnered her a number of opportunities, including joining Sharon Shannon on her sold out tour of Australia and New Zealand. SON has recently been collaborating with multi-platinum, award winning artist, Mick Flannery, whom she recently released a duet, “Baby Talk,” to rave reviews. In promotion of the song, SON and Flannery have made several late night talk-show appearances as well as having announced joint tour dates.
Scheduled to run for 12 hours on Saturday 15 August, a stage of the 59th Philadelphia Folk Festival will host 18 of Ireland’s finest music acts with the support of Culture Ireland.
The acts performing at the festival include artists who would normally be headlining US summer festivals such as We Banjo 3, Téada, and Moxie and emerging bands The Ocelots, Corner Boy and Karrie with Jimmy Smyth.  Hugely popular musicians and amazingly skilled soloists include Daoirí Farrell, Mick Flannery, Lisa O’Neill, Liam Ó Maonlaí of Hot House Flowers and virtuoso guitarist Shane Hennessy.
Audiences are promised a wide variety of choice with artists geographically spread around Ireland including The Henry Girls from Donegal, Lisa Canny from Sligo, SON from Clare, uilleann piper Mark Redmond from Wexford and Kila from Dublin.
Others acts have an international flavour with Navá, who explore the music of Ireland and Persia and Slow Moving Clouds fuses elements of the Irish and Nordic folk traditions with more contemporary sounds.
Over recent months Culture Ireland has successfully presented 120 online concerts through Ireland Performs. This new initiative to present a digital festival stage with Philadelphia Folk Festival, the oldest continually running outdoor festival in North America, is a further step to ensure that Irish artists are supported to continue to reach a global audience.
Lisa Schwatrz, Festival and Programming Director said, “I believe that music is what connects us and we could all use a positive reminder right now that we are all in this storm together. So, creating an event that can be enjoyed from anywhere in the world where there is internet, I hope will go a long way to bringing our community closer, especially at a time when we are forced to be apart. With so many musicians having to cancel long planned tours and gigs and having their ability to earn a living completely gutted, it occurred to me that perhaps there was a way that I could help artists from Ireland to increase their visibility and grow their fanbase in North America and elsewhere without having to travel. The music and culture of Ireland is so rich and so vibrant, it is meant to be shared.”