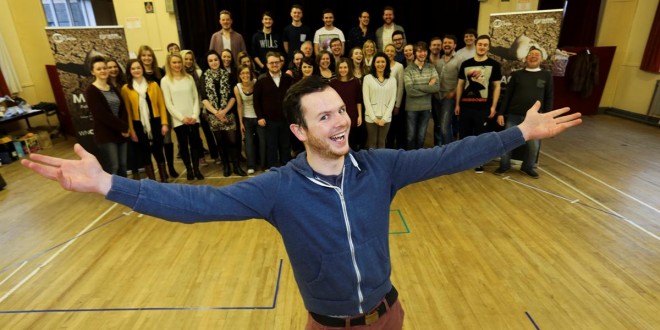 Peter in Belfast with Macbeth

BALLYVAUGHAN-born singer Peter O’Donohue will be appearing at Belfast’s Grand Opera House next weekend, alongside some of the best opera singers in Europe, in  NI Opera’s new production of Verdi’s masterpiece, Macbeth.

Peter will be singing in the 40-strong chorus, one of the most geographically-representative opera choruses ever assembled in Ireland, with members drawn from Derry  in the north, Wexford in the south, Ballyvaughan in the west, and Newtownards in the east, plus many places in between.

“Macbeth is an opera that has it all – a well-known story, drama that keeps you on the edge of your seat and incredibly beautiful music. The chorus is sounding amazing and it’s great fun to be singing with people from all over Ireland,” he acknowledged.

Shakespeare’s tale of murder, madness and all-consuming lust for power, which is well known to generations of English students, inspired Verdi to write some of his finest, most gripping music. In this new production, director Oliver Mears and designer Annemarie Woods take a fresh approach to the famous story.
Oliver said, “Macbeth combines the intense drama of Shakespeare’s play with Verdi’s glorious, emotionally-charged music, creating an opera of unique power. We have a superb cast, an excellent chorus and, of course, the wonderful Ulster Orchestra conducted by Nicholas Chalmers.

“This is going to be a really exciting production and an unmissable event for fans of Shakespeare, as well as opera lovers.”

The show will be performed on Friday, Saturday and Sunday nights.