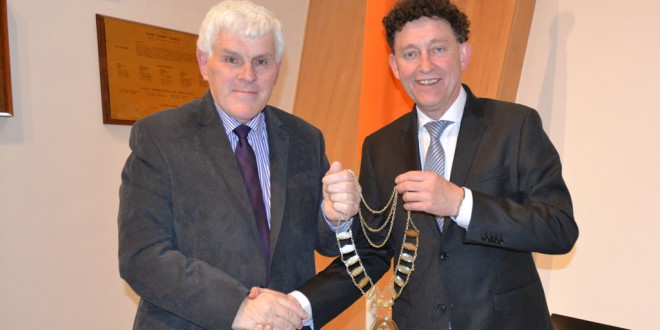 THE newly elected Mayor of the Ennis Municipal District, Councillor Pat Daly, has expressed his gratitude for the vote of confidence placed in him by the councillors of the district.
The Ennis native said he was proud, grateful and humbled at his election, which was unanimously agreed by his colleagues at the annual general meeting of the district council.
Councillor Clare Colleran Molloy nominated her Fianna Fáil colleague to be mayor, seconded by independent councillor Ann Norton and supported by councillors Mary Howard, James Breen, Paul Murphy and the outgoing mayor, Johnny Flynn.
Councillor Tom McNamara sent his apologies for not being able to attend the AGM, as he is recovering from an operation at present but he also supported his Fianna Fáil colleague.
Councillor Mary Howard was elected as deputy mayor.
In his opening address, Councillor Daly noted, “I once had the honour to be named Mayor of Clare but to be named mayor of my own town is equally a proud moment for me”.
He said he is looking forward to chairing the monthly meetings and believes that “good honest debate should be allowed to flow”.
He said he is also conscious of the role of councillors to deliver solutions to those they serve. “We are tasked with playing a key role in the delivery of vital services to the people of Ennis and Clare,” he said, adding that they also have to make themselves available to the people so their voices can be heard.
“Your vote of confidence in me and your decision to bestow this honour of all honours for any Ennis native, is something I am truly grateful for and humbled by. It is important that we work together for the year ahead,” Mayor Daly said.
He feels the development of Ennis is something for everyone to be proud of. “The Municipal District Council is playing an important role in its continuing transformation, whether through the pilot free parking scheme now underway in Ennis, or bringing issues of relevance of the business community to the table.”
He said the construction of phase one of the covered market is due to commence in the autumn and that this will have a significant role in the revitalisation of the market area.
He also noted that Clarecastle has vibrant new community facilities, there is a hugely successful voluntary housing association in Kilmaley and there are thriving communities in Quin and Kilnamona.
Councillor Daly noted, however, that more commercial units are needed, such as those in the Ballymaley Business Park saying with its proximity to the motorway, Ennis town centre and Shannon Airport, perhaps more could be done to promote it.
He also suggested that the Clare Oireachtas members be invited to the chamber to ask them what they are doing for Ennis and Clare.
“We’re hearing of jobs being announced all over the country but there is nothing coming to Ennis or to Clare in recent times,” he said.
Mayor Daly said he is looking forward to Fleadh Ceoil na hÉireann coming to Ennis in 2016, which will be “a significant moment for everyone in Ennis” and credit is due to the local Comhaltas, Ennis Chamber and Clare County Council – including director of services Ger Dollard and CEO Tom Coughlan – the outgoing mayor Johnny Flynn and many more.
“It’s a €30m investment for the town and the hinterland and it’s important that we get it right early on. If we don’t secure the Fleadh again in 2017, it will be a major setback and I think we should work to achieve that,” he said.
He added that shop local is another of his priorities for the next year and said that he cannot see any reason for people to travel elsewhere for shopping, given the range of shops in Ennis.
“These shops are paying their rates and supporting the town and it’s up to everyone to support them,” he said.
He also welcomed InisFest getting back on track and paid tribute to Councillor Johnny Flynn for his work over the previous 12 months.
“He’ll be a hard act to follow. He is a great community man and got involved and proved himself last year. He was an excellent mayor and I hope to continue the work,” he said, acknowledging also the work of Ger Dollard, senior district engineer Eamon O’Dea and staff officer Catherine O’Hara. 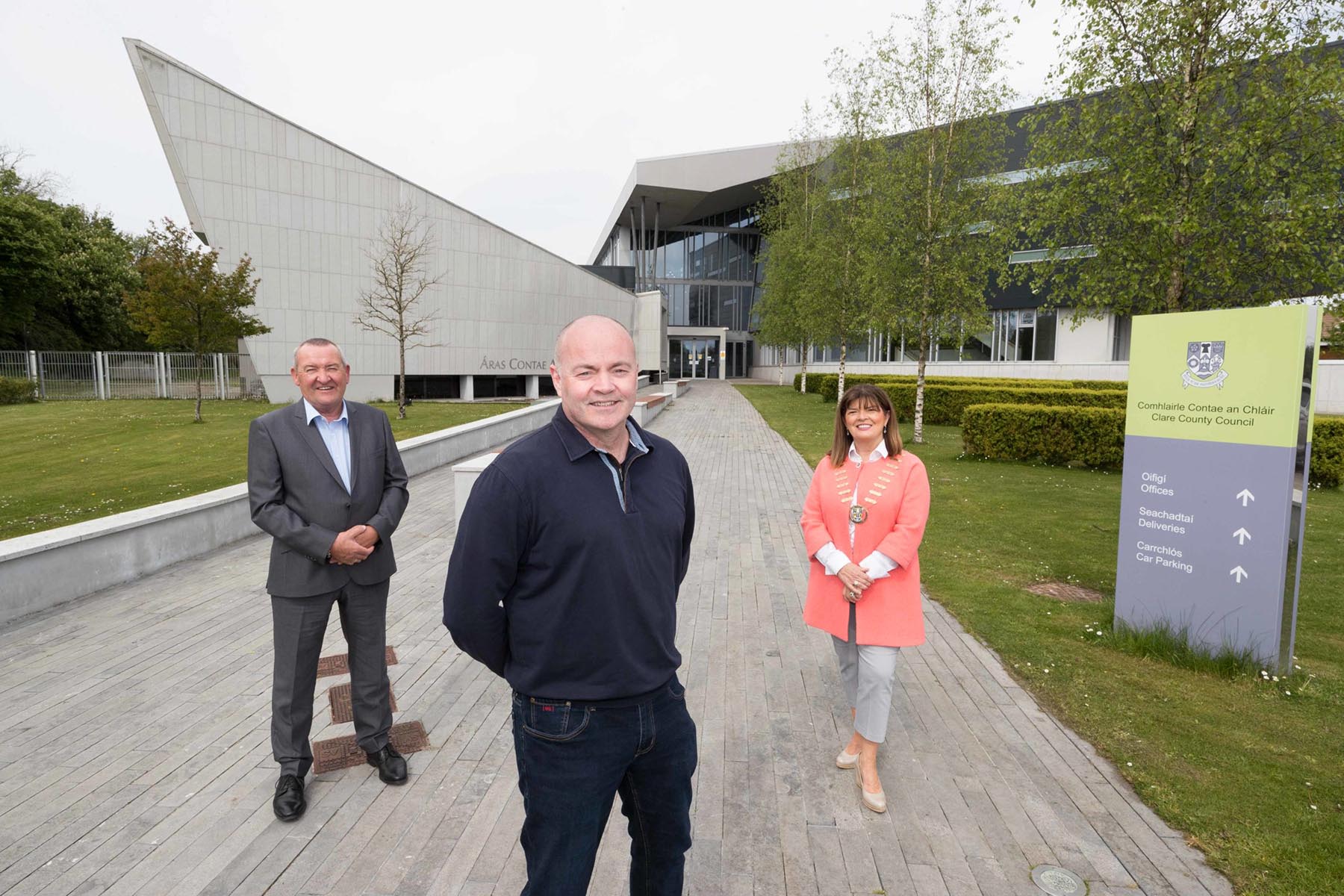