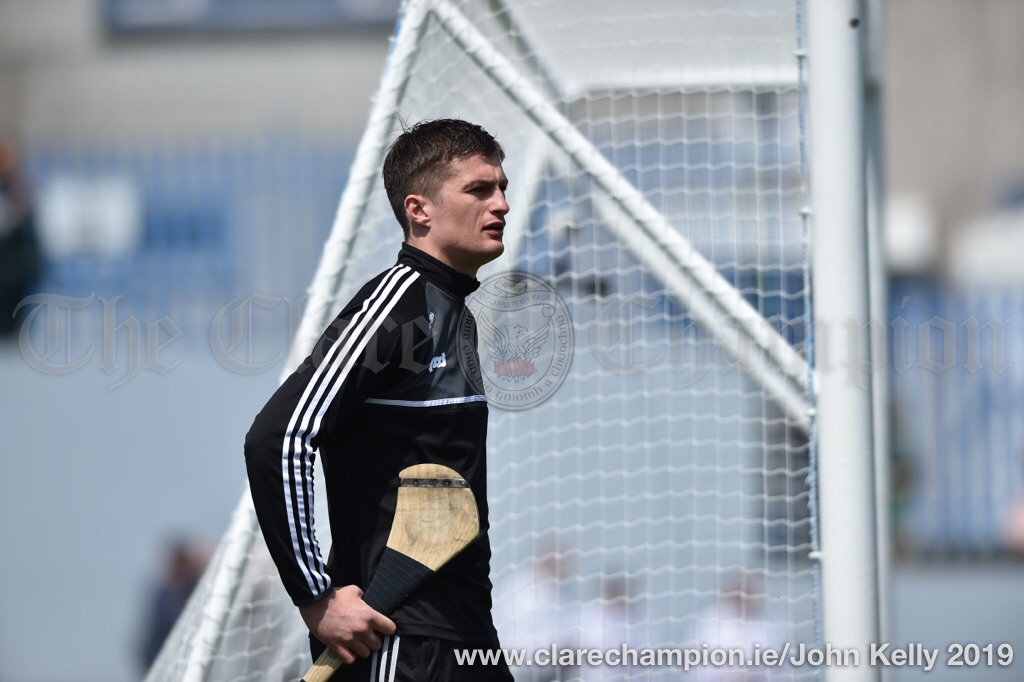 A place in the All Ireland SHC Quarter-Final is the prize on offer this weekend when Clare and Wexford go head to head in O’Moore Park Portlaoise on Saturday afternoon.

For the second time this year, the game pits former All Ireland winning team mates Brian Lohan and Davy Fitzgerald in direct opposition. The sides met in Wexford Park in the group stages of the National League in February, with 0-12 from Tony Kelly helping Clare to a 0-18 to 0-15 victory.

Clare are also waiting on news as to whether captain David McInerney will be available for Saturday’s showdown after the Tulla was shown a straight red card during last weekend’s victory over Laois in Nowlan Park. Chairman of Clare GAA Joe Cooney confirmed earlier this week that Clare had lodged an appeal against that decision, with the outcome still unknown at the time of writing.

If McInerney is unavailable, it means Clare will be without another of their 2013 All-Ireland winning contingent, with John Conlon, Colm Galvin, Podge Collins and Peter Duggan already among those unavailable.

Miltown clubman Conor Cleary has been a consistent presence at full back for Clare this year, and he feels that while the players marked absent have been a huge loss, everyone in the panel is working hard to try and fill that void.

“Since we came in this year, everyone has gotten a fair crack of the whip and everyone on the panel is giving the same commitment. Anyone who has gotten their chance on the field has given it their all and it is the same during the week in training, and it is that effort that the management are basing their team selections off. It helps to sharpen the mind because you know you have to be on your game every night you go training and it makes it hugely competitive because everyone knows they have an equal chance if they put in the effort” he noted.

Clare come into the game off the back of a narrow one point win over Laois last weekend, while Wexford were well beaten by Galway in their Leinster semi-final. Cleary admits while it was not an ideal performance from the Banner last weekend, he is confident they will be able to take it to the next level this time around.

“We knew going down that Laois are a very good team. You saw their game against Dublin last year and they always perform well in the championship. They like to carry the ball and work it really well up the field. We were just delighted to win it and delighted have been in the draw this week. Laois are a very good side and they play in almost a football style in that they really value possession and work it upfield which they were very good at doing. We have a lot to work on but it is a good thing that we have the opportunity next weekend to rectify where we went wrong. When you have things to work on, it is always good to have a game to look forward to where you can do that. We haven’t played to our full potential yet this year but that being said, it is great to have another game to play because every day you go out, you want to give it your all and show what you can do. It was always going to be a strange year because no one really knew where they were but it was the same for every team, which maybe levels the playing field a bit when every team were restricted in what they could do” he said.

It will be the second championship showdown against their former manager for a number of these players, having already beaten Wexford in the 2018 All-Ireland quarter-final by 0-27 to 1-17 in Pairc ui Chaoimh. Clare will also be coming up against another familiar face in two time All Star and 2013 All Ireland winner Brendan Bugler who is now part of the sizeable Banner contingent among the Wexford backroom team. Cleary outlined that they cannot get wrapped up in any of those sideshows with the focus solely on making sure that everything is right in their own camp as they bid for a place in the latter stages once more.

“We are just looking for that performance and that is the same no matter who you are playing. I think we have not really shown what we are capable of yet this year so that will be the aim for us this weekend. This stage of the championship is where you want to be, but we have played Wexford enough times now to know that they are a serious outfit. Any team that has Davy there with them is going to be well prepared and really professional set up so we know that. Anything outside of that will not really enter our minds, it will just be all about that performance and not looking too far ahead” he noted.