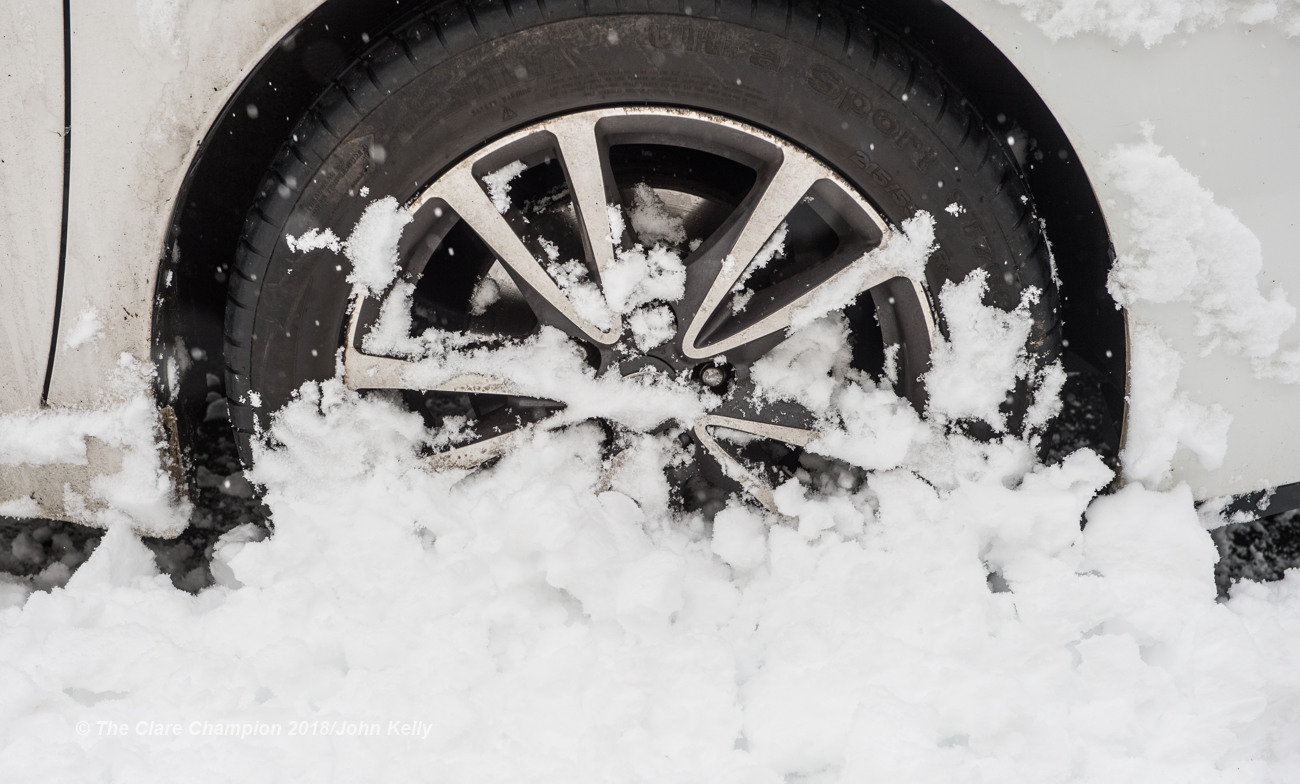 WHILE some parts of Clare are seeing a thaw, it is expected that it will take at least a couple more days for all areas to fully return to normality.

At the time of writing the temperature in most parts of the county is at two or three degrees celsius, but temperatures are slightly lower at more elevated locations.

Clare County Council have seven gritter trucks and five snow ploughs currently in action. It is understood that all of the national secondary routes under the Council’s authority have now been treated, while they are working on the next tier of tertiary roads. However it may be some time before less used local roads receive any attention.

Schools have the discretion to open on Monday, but it is thought that in certain areas where access will still be difficult, they may have no option but to remain closed for another day.

Met Éireann issued a status orange snow-ice warning for Clare at 4pm, and it will remain in place until noon tomorrow. It has warned that widespread lying snow and ice will result in hazardous conditions, while snow melt will raise river levels and may lead to localized flooding.

A spokesman for Ennis Gardaí said that Saturday has been very quiet, with no serious incidents due to the weather.

Shannon Airport has been open since early this morning, but services to Birmingham and Lanzarote were cancelled. Some aircraft had to divert away from Cork and landed at Shannon.

Despite a major effort to have the club’s pitch playable, Newmarket Celtic’s Munster Junior Cup quarter final against St Michael’s, which was to take place tomorrow, has now been postponed.

In a statement the club said, “Despite our pitch being playable, Newmarket Celtic have taken the advice of An Garda Siochána and Clare County Council based on the national weather warnings and the current conditions to cancel the game. Surrounding roads and footpaths are not fully accessible or deemed safe for supporters to attend the match tomorrow.”