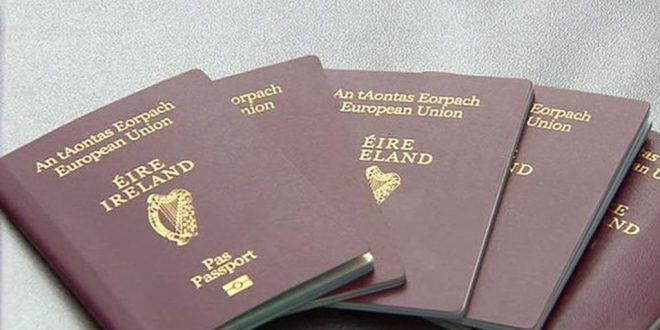 Online passports to save time

THE new online passport service launched this week should help in further reducing turn-around times and potential delays, according to Minister of State Sean Canney.

Irish Citizens who are over 18, and have held an Irish passport can now apply for their passport book and/or passportcard online through https://www.dfa.ie/passportonline/, the Gaway TD expained.

“Renewing your Irish passport will now become a lot easier,” said Minister Canney. “Demand for Irish passports is increasing all the time and last year, some 733,000 passports were issued with a further 7% increase expected in 2017.”

“A growing population and increased travelling by Irish citizens means that demand remains high. Additional staff have been recruited to deal with the increased demand, with the Passport Office employing over 230 temporary clerical offices during peak season,” said Minister Canney.

Minister Canney has also contacted Foreign Affairs Minister Charlie Flanagan in relation to the location of a dedicated passport office in Tuam to serve the Western region. He said the initial response from Minister Flanagan hadn’t been favourable but he intented to continue to press him on the merits of the suggestion.