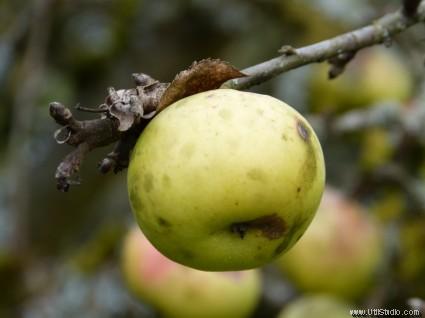 The East Clare based national charity, Irish Seed Savers, was dealt a financial blow in recent months arising from funding cuts, which led to redundancies at the facility.

Last month it launched an online campaign at www.indiegogo.com to raise funds to help save the facility and secure its future. Although nowhere near the €100,000 it needs, funds are trickling in and to date, over €4,000 has been pledged.

Irish Seed Savers Association was set up in 1991 to save Ireland’s heritage and heirloom vegetable seeds, potatoes, grains and fruit trees from extinction.

Since then it has grown to a stage where it has over 800 varieties of organic, open pollinated heritage seeds in a purpose seed bank, which was opened in 2012 by President Michael D Higgins.

Speaking at that time President Higgins said, “From little acorns, oak trees grow and from modest beginnings in 1991, the Irish Seed Savers Association has grown to such an extent that impressively it now employs 16 people, one of the biggest employers in the area and one of the largest Non-Governmental Organisations in Ireland with 1,800 paying supporters. The extent of the activities conducted here are formidable”.

He added that the work Irish Seed Savers does is important and work that is “regrettably rare in this country, with the numbers involved in the work of seed saving in Ireland down to a mere handful with the majority of these known to be involved with your association either now or at one time”.

“We must do all we can to protect our heritage, all aspects of our heritage, to ensure that future generations are imbued with both a keen understanding of its significance and a passionate sense of custodianship of something special and irreplaceable,” President Higgins stressed.

In addition Irish Seed Savers also has created a native Apple Tree Collection which includes 140 distinct varieties as well as the country’s only self-rooting orchard. They also have over 50 varieties of potatoes.

The association is based on 20 acres of lands in Capparoe Scariff and includes organic heritage orchards, seed gardens and woodlands for visitors. It also has Ireland’s first National Seed Bank, open to the public, and making seed available to all. This facility is a living gene-bank, where 800 varieties of heirloom seeds together with their stories have been collected and carefully grown out to bulk up the numbers.

Sharing their knowledge and seed base with the public is part and parcel of what the Irish Seed Savers Association does in order for Ireland to continue to have some control over its future food security in times of continued industrialisation of food and diminishing resources worldwide.

“Unless we all have the right and the opportunity to grow our own seed, save our own seed and share our seed we don’t have food security. Empowering people to do that and save the heritage and heirloom varieties which grow best in Ireland, is what Irish Seed Savers does best,” the association states as part of their online campaign.