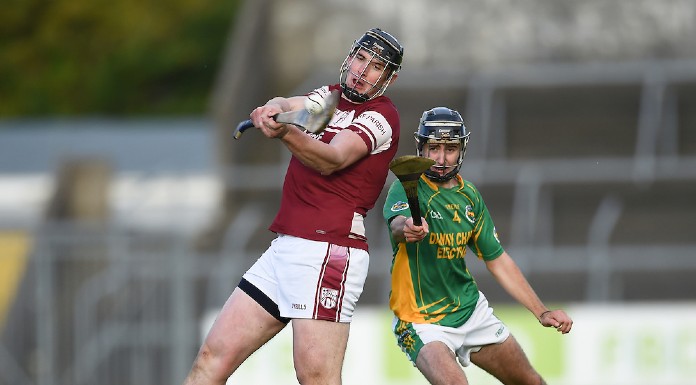 Winning the Clare intermediate title and getting St Joseph’s back up to the senior ranks might be the chief motivation for their captain Alan O’Neill, but it is not the only one.

The 25-year-old knows that victory over Broadford in Sunday will make facing back into the regular customers at Dan McInerney and Sons in Ennis a little easier.

“Serving the farmers of Clare is what I work it so I try to look after them and they look after me a bit too I suppose. They are well able to dish out the abuse but they get it back too. It is great craic with them and when all is said and done, they love to talk about hurling and most of them would have played it a bit too down through the years. Over the last while they might have given me plenty stick and I might have told them where to go but it is great fun and I enjoy it which is the main thing. I think it is important in life to enjoy what you are doing whether that is coming to training, going to work or meeting friends. Once you are enjoying what you are doing, that is the main thing. I am enjoying myself at the minute whether that is leaving training knowing that you have put in a real effort, or coming away from work after having a good day. Winning on Saturday would make it a bit easier to face back into a few of the lads that come into us for sure though” he grinned.

It might not be the easiest of weather conditions to be training in over the last few weeks, but anyone involved knows that training into October means that things have been going well over the previous few weeks. That is something which applies to St Joseph’s as they bid to make it a second intermediate title in the last four years. O’Neill, who was of Clare’s U-21 All Ireland winning sides in the early part of the decade, is now the leader of the Parish outfit and will be looking to be the man lifting the silverware this time around. He says getting back to this point of the championship was a target from the outset.

“We wanted to try and make sure that we got the club back to where we think it should be. Coming down last year wasn’t easy to deal with. Management and players alike sat down and looked at ourselves to see what more could we do to get over the line rather than what we were chasing last year. We probably deserved to go down but we have the opportunity now to get the club back up and it is important for the young lads who are coming along that they see us pushing on. We want them playing senior championship because that the best way for them to develop. Coming down to intermediate was a hard thing to take for us particularly with the tradition of the club and all that goes with it but I think we have a really young panel this year and that bodes well for the future” he noted.

He might be only 25 but O’Neill carries the tag of leader comfortably as the Parish look to bounce straight back up. It will be a team with a youthful look that take to the field on Saturday and O’Neill is encouraging them to make the most of their time at the top level.

“These lads are the real focus for the club going forward. I can remember my first day out playing senior and the time goes really fast. I would be always telling the younger lads that it doesn’t take long until the time comes where you are thinking about hanging up the boots so it is important to get everything out of it that you can. Now is the time to be winning things and putting the club on the best footing we can. We want to just get that step better in every game rather than just falling over the line. We have brought a good intensity to every game so hopefully we can carry that forward. There was a lot of pressure last year when we went down but this time around there does not seem to be as much pressure on us even though we are going into a final. If we win, that’s great but I don’t feel like there is huge pressure on those younger lads. They are able to perform when needed and they are so committed to what we are trying to do and that is all you can ask for” said the captain.