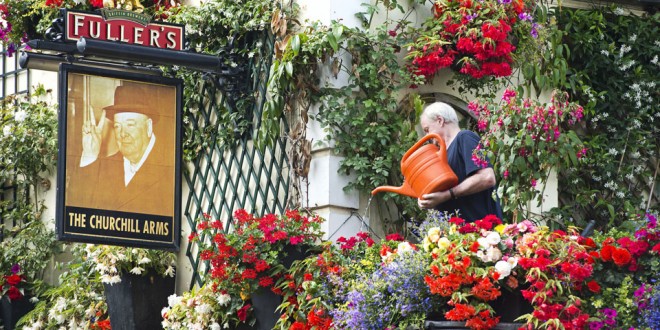 The Churchill Arms in Kensington.

A LONDON pub, run by an Ogonnelloe publican, will bloom in front of millions of viewers in the United Kingdom this Friday.

Gerry O’Brien, who was inspired by the picturesque surroundings on the banks of Lough Derg to adorn his London pub with hundreds of flowers, appears on Gardeners’ World this Friday at 8.30pm.

His parents, Helen and Rita O’Brien, were very proud of their orchard and the surroundings of their house, which seemed to have rubbed off on Gerry, judging by the extraordinary efforts he has gone to to set his Kensington pub apart from others in London.

Gerry will provide a brief history of his upbringing in South-East Clare, as part of the background about how he brought his love of flowers and horticulture to his award-winning pub.

BBC2 cameramen spent a day filming in Gerry’s pub last year and it is expected that most of Friday night’s show will centre on The Churchill Arms.

Gardeners’ World is a long-running BBC2 programme about gardening, first broadcast in 1968 and still running as of 2014.  It is hugely popular in England and it is a major achievement to appear on the show.

On April 27, it topped the BBC2 viewers’ ratings, according to the official auditing company, BARB. With 2.32 million viewers, this was the first time the programme has ever been the number-one most-watched show on the channel.

ITV has also been in contact to film what the pub is doing to mark Alan Titchmarch’s 50th anniversary in the horticulture business.

Producers and cameramen will be filming at the end of June, when most of the flowers will be in full bloom. It is expected this programme will be shown next spring.

Having won first prize in the Kensington and Chelsea Flower Scheme awards for 12 successive years, Gerry is hoping to be successful again this year, as the winner will qualify for the London in Bloom competition.
Last year, he capturerd the London in Bloom award for the second year in a row and the fourth time in the last decade.

“I am like the Clare U-21 hurlers, who put two All-Ireland titles back-to-back,” joked Gerry O’Brien, who was thrilled to retain this coveted crown for having the best floral display in the whole of London.
If he triumphs at London in Bloom, he will go on to take part in the coveted Britain in Bloom competition, which celebrates its 50th anniversary this year.

Gerry’s amazing array of colour in and around the pub includes 50 windowboxes, 42 hanging baskets, four covered chimney pots and nine bay trees, as well as numerous other shrubs at ground level.

To mark his appearance on BBC2, he has organised a special Gardeners’ World event in his pub this Friday night and has invited judges from the top flower shows to watch the programme with entertainment and possibly some promotional gifts from the BBC.

Mr O’Brien admitted that he had made a huge investment in planting, feeding and maintaining almost 2,000 flowers and plants, throughout the pub.

The passionate Clare hurling supporter, who travelled to Croke Park for the All-Ireland senior hurling final and replay between Cork and Clare, had 12 Clare flags on every flag pole and bunting and a “Clare GAA corner” inside his premises.

The saffron and blue flags attracted huge attention and prompted regular questions from customers and tourists, who were wondering about the “European flags”. 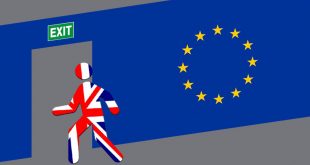 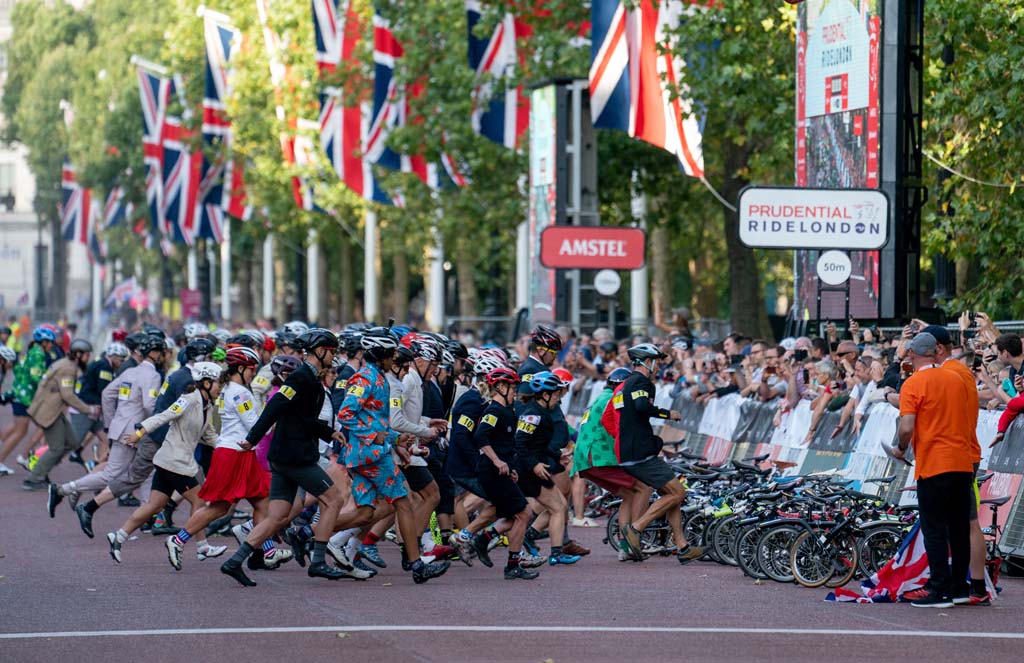