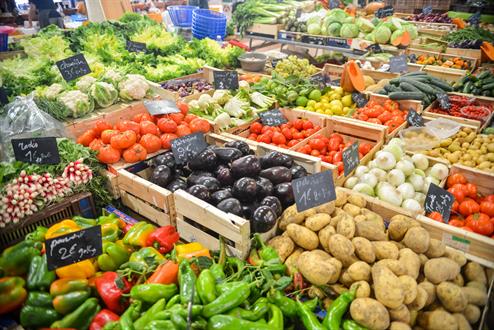 A SOUTH-East Clare national school is going to give meat the chop, as part of a move to save energy and help combat climate change.

Ogonnelloe National School will be going green by opting for an alternative to meat at least one day a week as part of the ‘One Good Idea’ programme being run by SEAI Ireland.

The school was selected to participate in the initiative, after it came up with this innovative way to save energy and combat climate change.

Teacher Barry Kiely, who is the green school’s co-ordinator, said the children and community are rowing in behind the project.

“The children in Ogonnelloe put forward the idea of having a meat-free day once a week to cut down our meat intake to help save more energy and help combat climate change. Our idea was selected for the next round and we made the shortlist for the top 40 schools in Ireland,” he explained.

By being shortlisted, the project has now been given the green light and the school is now looking to get the local community involved in their effort ahead of a further selection process for the grand final, which takes place in Dublin on May 14.

“We are running a meal tasting day in our local community hall to help encourage meal alternatives to meat and we are looking to get as many involved as possible,” Mr Kiely added.

The tasting day will be held on February 23 and will invite the community to taste a selection of vegetarian meals, while recipes for these will also be shared with locals so they can then go home and make them themselves.

The idea, Mr Kiely explained, is to reduce the energy output involved in putting food on plates and the impact the reduction in meat consumption can have on that.

The school has to conduct a number of tasks as part of the competitive process, including preparing a diary, making a presentation and a video. They will then be vying for one of 10 places in the final and these spots will be decided on March 8.

Carol Byrne is a reporter at The Clare Champion newspaper reporting on news in the East Clare area and the arts. She also covers the courts in County Clare and has received seven national awards for this coverage from the Law Society of Ireland and a National Lottery Local Ireland national media award for Best Community Story 2019. A Masters in Journalism graduate of NUI Galway, she also holds a Bachelor of Arts from the University of Limerick in Music and Media Studies, and a Higher Diploma in Irish Legal Studies. She began her career interning at The Limerick Leader and Clare FM, before taking up a full time post at The Clare Champion in 2006.
@@Carlsburn
Previous Farmers fight for group-buy savings
Next Clare’s construction sector on the rise, slowly but surely