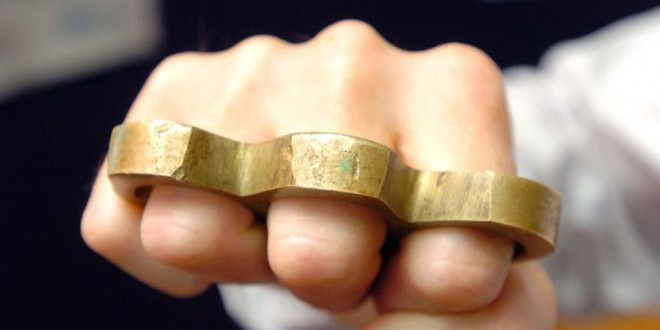 Knuckle dusters were among the items seized in Kilmihil.

Officers from Revenue’s Customs Service seized a quantity of offensive weapons following a search, under warrant, of a private residence near Kilmihil today (Tuesday).

The operation was conducted following an investigation into the attempted importation of a number of stun guns through the postal system.

Members of An Garda Síochána assisted with the operation and investigations are ongoing.