Home » Sports » Off the Fence with Fergie O’Loughlin

Off the Fence with Fergie O’Loughlin

This week The Clare Champion hurling columnist asks why two leading referees were sitting in the stand at last weekends senior quarter-finals.

I WAS in Cusack Park on Saturday evening. Sitting across from me were Rory McGann and Rory Hickey. They are the two best referees in the county but they were sitting above in the stand. Somebody needs to explain why they weren’t refereeing any of the four senior hurling quarter-finals at the weekend. It’s a no brainer for me that these lads had to be refereeing a couple of those games. Somebody has to stand up and explain why neither of them were. We saw a situation last year where the referees stuck together when Ambrose Heagney got the county final. None of them wanted to make themselves available to do the line or the fourth official’s role because they felt hard done by with the appointment. Now, we have a situation where two referees are being left out of senior championship games and the referees’ body seem to be doing nothing about it. They should be doing the top games in the county. It’s a question that seriously needs to be answered. 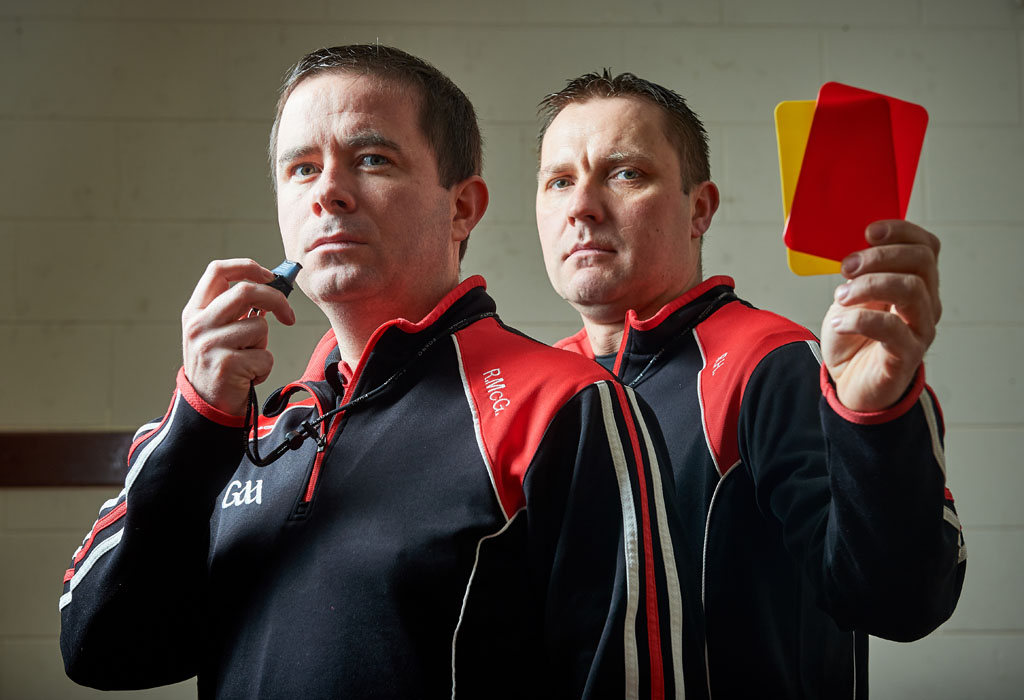 As for the four senior quarter-finals the standard was atrocious. I’m starting to believe that the championship has to be reformed. We should go back to 12 in the A and eight in the senior b with two coming out of the senior b. A lot of the teams are happy to be in a quarter-final and avoid relegation. It was awful to see how fragile both Éire Óg and Clooney-Quin were at the weekend, the ‘Bridge to a lesser extent. They probably need to freshen things up. They looked tired. Missing Alex Morey, Alan Mulready and Caimin Morey’s suspension didn’t help them. They probably wasted a lot of energy, during the week, trying to get Caimin Morey back. On the field, they were lethargic and tired. A serious look at the senior hurling championship is needed. It’s very, very poor.

Anybody who paid money to go to any of the quarter-finals should be given their admission fees back and they should be allowed free into the semi-finals.

In contrast, to go down to the ‘Bridge and see the intermediate hurling championship game between Feakle and Broadford was breathtaking. They went toe to toe for 80 minutes. There was some fantastic scores, great hurling and great excitement, passion spilling onto the sidelines and into the stands. I didn’t jump the fence myself during the row. I was too far up. On two or three occasions in both halves, I heard the linesmen saying that they couldn’t see the line. Sixmilebridge brings that atmosphere, when you have two dug outs on the sideline. One player went down, very close to the sideline in between two dugouts. It kind of sets itself up for an incident to happen. In fairness to Rory Hickey and his officials, they could do nothing about it. It spilled out and what was most worrying was that whatever happens on the pitch should be left to the players but we saw instances of lads jumping over the fence. Even lads going in trying to stop it is a dangerous scenario. If you’re a spectator, stay a spectator. Stay outside the fence and be as vocal as you want but don’t get involved. But look, there was nobody hurt. There was a lot of pushing and shoving. It’s not nice to see but that passion is always there between Feakle and Broadford. It’s going to be an intriguing replay. I’ll be the first there. I came out of the ‘Bridge with my heart lifted, after a weekend of watching dismal stuff in the senior.

Bar Tony Kelly and Niall Deasy, none of the inter-county players stood out. They were very, very poor. I’d hate to be Gerry O’Connor or Donal Moloney, trying to freshen up things for the coming year.

Two rounds of the club championship must be played in April. There has to be a focus for all club and inter-county players. The inter-county player is being micro managed even in their off season. They’re mentally drained. It’s not because they’re not trying, it’s just that their bodies are not able to do it.

Looking at some of the games, Éire Óg were absolutely dismal. They played right into Kilmaley’s hands. They stood off them, allowed them to set-up and allowed all of their forwards five or six yards space in front of them. They didn’t lay a finger on them. Surely to God if you’re from the town, you’d expect more pride and passion than we saw on Sunday.

Inagh-Kilnamona will look back on the video of losing to Ballyea and their missed chances. They didn’t have the composure to finish them and when the battle was brought to them, they didn’t respond. Are they really playing for that jersey? When they needed composure, leaders and people to stand up, they went missing again. Fergal Hegarty must be pulling his hair out with that performance. They’ve had a long spell of massive talent coming through but again on Sunday there was no heart and no fight in the dog.

Looking at Cratloe, they look fresh and re-energised. What it has done is give a lifeline to lads like Liam Markham and Podge Collins, who looked back to his very best on Saturday. Even Mike Deegan on the sideline, his energy up and down was brilliant. Himself and Alan Neville were very good this time on the sideline. I liked their structure. They’re playing football with a sliotar. Off the shoulder and playing it through the lines, using intelligent ball. Up front, they’ve added speed and craft with with Billy Connors and Rian Considine.

I thought Clooney-Quin lacked energy against the ‘Mills. They need structure and their structure was poor. Fergal Lynch was full forward on his own. That doesn’t work. He’s a great ball winner but he needs runners off him. They used a third midfielder for most of the second half, when there was no need. They crowded the area in front of Peter Duggan, which played right into the hands of the ‘Mills. Clooney-Quin need a game plan and they hadn’t it on Saturday. Once Peter was tied up, ball burst.

Looking at Doora-Barefield’s relegation, you don’t go down in hurling and football without something being wrong in a club. They have great facilities, which are important but I’d say eight or ten years ago they lost their way on the coaching front. It’s a very similar situation to Clarecastle. I touched on it four or five years ago, that in Clarecastle we needed to put good coaching structures in place and that we needed to set our goals for five years down the road. The thing about ‘Barefield is that the draw was very favourable to them. I did a session with Whitegate and I knew that there was a kick in them. They probably should have beaten Tulla and they knew that. They weren’t feeling sorry for themselves. You can’t beat that raw passion and heart. They had it in abundance last Saturday.

West Clare native Peter O'Connell has worked for The Clare Champion for 12 years and covers everything from sport, especially GAA, news, features and has been even known to branch into the fashion scene on occasion.
@@westclarepage
Previous Shannon Gardai appeal for public to contact them first, following social media scare
Next Kilrush Enterprise Town attracts big numbers