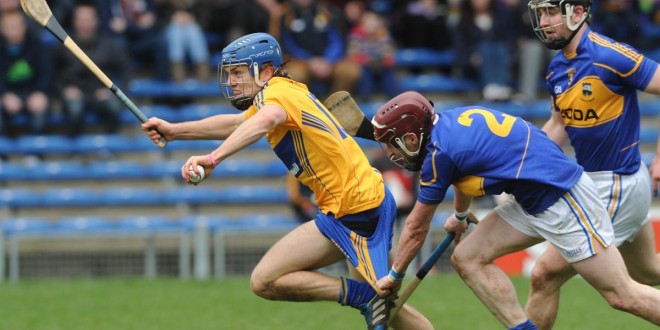 Shane O'Donnell could be back in the Éiire Óg line-up.

O’Donnell set to return from injury

IT is most likely that the five teams to lose senior status will come from the eight that will compete for the Senior B Championship. To hold onto senior status, victory in the opening round is essential.
Last year’s intermediate champions, Whitegate, have a difficult first round on Sunday against Éire Óg. The town side may not have won a game in the league to date but, potentially, they have a squad that should see them as strong contenders for the B championship title.
A final decision if All-Ireland hero Shane O’Donnell will play is unlikely to be made by manager, Seamus Durack and his backroom team, until near match time. The full-forward suffered a hamstring injury when training with the county squad a few weeks back. He hasn’t played since but the word from the Clare camp is he will resume competitive action this weekend.
Should this be the case, it will be a massive boost to the town side, who will also need big performances from their other Clare senior panellists, Davy O’Halloran and David Reidy, along with Kevin Moynihan, Barry Nugent, Diarmuid Hehir and Ronan Keane.
Inter-county star Brendan Bugler will again lead the Whitegate challenge and the availability of recent acquisition, Colm Madden, should strengthen their challenge. The former Clare underage player may not have seen competitive action in over a year but he has the potential to cause a lot of problems for opponents.
In recent weeks, manager Mike Ryan has experimented with playing regular goalkeeper, Andrew Fahy in an outfield role. Whether that continues this week remains to be seen but the likelihood is that Fahy will return to goalkeeping duties. George Waterstone is another key figure in the East Clare line-up.
Éire Óg start as favourites but a determined Whategate could make life difficult for them.
In the other game in this group, Wolfe Tones will be fancied to overcome Ruan. Tones are top of the Division 2 League table with maximum points, while Ruan are in danger of being relegated from Division 1B.
The Shannon side will have a mixture of experience and youth in their line-up and will be looking to former Clare captain, Brian O’Connell; his brother, Daithi; Bobby McPhillips and Barry Loughnane, together with Aaron Cunningham and John Guilfoyle, to give them an edge.
Killian Ryan, Aidan Lynch, the Hanrahan brothers and Jonathon Clohessy will lead the Ruan challenge. It will be a surprise, however, if the Shannon side are not ahead at the final whistle.
Broadford beat St Joseph’s when the teams clashed in the first round of the Clare Champion Cup (Division 1B) in early April and they will start as favourites to repeat that success this Sunday in the championship.
The East Clare side are currently lying second in the Division 1B League table, having achieved some good wins this season. Team manager Padraig Boland and his selectors will be hoping that Padraig Hickey, Aonghus O’Brien, the Chaplin brothers, the Taylors and Diarmuid Moloney will be able to continue that good form.
St Joseph’s may not be having the best of seasons so far but they won’t be easily overcome. Kevin Dilleen, Marty O’Regan, Brian Clancy, David Conroy, Jarlath Colleran, Ivor White and Alan O’Neill will lead the charge for the John Halpin-managed Doora-Barefield outfit and while they won’t be easily overcome, Broadford carry the favourites’ tag on this occasion.
The remaining game, the meeting of O’Callaghan’s Mills and Scariff, will take place on Friday, May 23, with both clubs going on to fulfill their scheduled league games on Sunday, May 25. 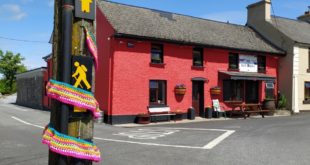