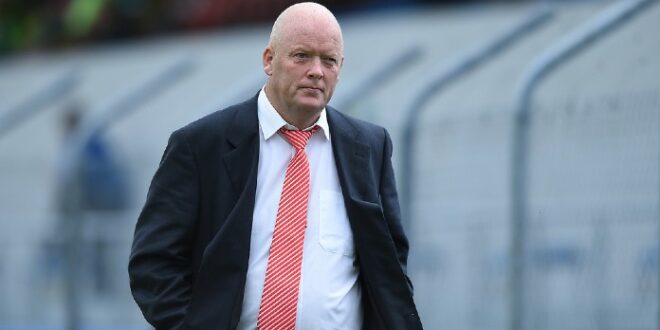 The shortlist of candidates to take over the reins as chairman of Clare GAA is down to three.

It’s after Michael O’Connor confirmed that he is not standing in the race for the position, but will instead continue in his role as PRO for a fourth term.

The Crusheen club chairman was among the four strong list of nominated candidates confirmed by the deadline, with PJ McGuane, Jack Chaplin and Robert Frost also in the running to succeed Joe Cooney, who has served the maximum five years in the position.

Cooraclare’s McGuane and Cratloe’s Chaplin have confirmed they will be contesting the election, while O’Callaghan’s Mills clubman Frost told The Clare Champion that he will not be deciding if he is standing until the deadline this Friday.

In a letter to clubs outlining his reasons for withdrawing from the race, O’Connor admitted to being “bowled over” by the “huge support” that had come his way over the last few weeks from both inside and outside the county.

He outlined that “ there is a body of work that requires investigation and solutions to find agreement to continually energise our county at all levels from development squads, county sides and infrastructure. The role of Chairperson can at times be overly exalted in any organisation. The collective efforts of the executive, board delegates, team managers and all engaged parties is what creates movement, progression and success”.

O’Connor, who is a Gaelic Games Officer in NUI Galway is also undertaking a Masters in Health Promotion in NUIG, while he also cited his role as chairman of Crusheen GAA. He stated that “we hope to embark on a large development of our facilities for the betterment of our community and club”.

He detailed that his decision to not to contest for chairman was one that he reached with deep regret, but said he was “humbled that people have asked for me to stay on as county PRO for a fourth season with the hope programmes can be in the hand of the follower in 2021”.

He also outlined that “once the nominations closed, I had made a conscious decision not to ask any eligible voter for their support. It may be naive on my part but I believe the position is above that and those who are the decision makers in clubs know the qualities of all the candidates. Therefore, a logical decision can be made on these matters by all concerned”.

He also gave special mention to “all club secretaries and managers who supplied information at break neck speed all year. Thanks to all county managers this year especially Brian and Colm. It has not been easy but fortitude and resilience has always been central to Clare teams and 2021 will be one to savour”.

He detailed areas he feels should be prioritised for development in 2021, including a far greater presence on all social media to publicise the activities of Clare GAA. Clare GAA TV, which was fronted by O’Connor this season, is also an area he feels has potential for further growth along with the “reignition of fundraising aimed at our county teams at all levels in what will be a challenging season”, while also stating that he was willing to step up to the mark on this agenda.

He concluded by extending well wishes to all those who are standing for office, while also paying tribute to outgoing President of Clare GAA Padraic MacMathuna

He said “it has been an honour of a lifetime to work with one of the greatest Gaels in Clare GAA President. I got to know Padraic in 1994 and all I can say he gets better, sharper and cuter with age. I expect Padraic will be selling programmes once more in 2021”.